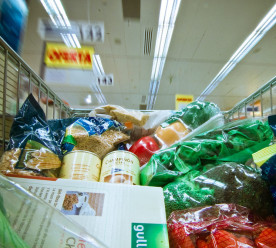 Shareholders ready to show their hand over executive pay

More than 4,000 annual reports will swamp shareholders’ inboxes over the next few weeks as companies prepare for this year’s votes on executive pay. This month global companies including BP, Shell and some of the biggest UK banks will divulge how much they awarded top executives last year.  If shareholders vote policies down, companies will have to rethink schemes and reapply for approval. So far, three FTSE companies have withdrawn schemes in the face of shareholder opposition to awards: Imperial Brands, Chemring, the defence group and Storage provider Safestore. Other companies such as Thomas Cook abandoned plans to pay its boss a bonus worth 225 per cent of his salary. Close to 60 per cent of Crest Nicholson’s shareholders voted against the housebuilder’s remuneration report last week.  To fight these tensions, Prime minister Theresa May’s government is currently considering to make shareholders’ annual vote on remuneration reports binding and  to disclose the ratio between ordinary staff wages and rewards for executives. (Financial Times)*

A European Union probe into McDonald’s Corp. is entering its final stages after officials gathered information on whether the Big Mac maker unfairly benefited from a hefty tax break in Luxembourg. McDonald’s is accused of having avoided  more than €1 billion in taxes in Europe between 2009 and 2013. An EU official last year called the McDonald’s case very instructive in showing how far some companies push authorities to avoid paying any taxes. Partly in response to the EU probe, McDonald’s announced in December it will ditch Luxembourg and switch its non-U.S. tax base to the U.K., where it would create a new international holding company in charge of most of the royalties received from licensing intellectual property rights outside the U.S.. The ongoing investigations have been creating tensions in EU-US relations, however, Gert-Jan Koopman, the Commission official remains defiant saying “it is very hard to understand how it is possible that a company operates in Europe and in effect pays hardly any tax whatsoever.” (Bloomberg)

Japan has killed 333 whales in the Antarctic during a hunt which it says is to conduct “scientific” activities under a revised whaling programme  carried out by the Japanese Whale Research Institute with the permission from the Minister of Agriculture, Forestry and Fisheries. In 2014, the International Court of Justice ruled that Japan should stop its Antarctic whaling programme because its purpose was not scientific as previously claimed.  On its website, the Institute for Cetacean Research said the 134-day survey helped to gather biological information on the Antarctic minke whale and its prey and on the structure and dynamics of the Antarctic marine ecosystem. Heather Sohl, WWF chief adviser on Wildlife, said: “30 years since the international moratorium on commercial whaling came into effect, it is unacceptable that so-called scientific whaling is still putting whales…at risk.” (Independent)

The water retail market for England’s non-domestic water customers is now officially open for business. Opening on 1 April, it will encourage new companies and innovation to move within sector to create greater efficiency, services and cost reductions. Defra, which is working with market regulator Ofwat to oversee the delivery, expects the new system to generate around £200m in benefits for the UK economy. But whether those economic benefits will be fully realised remains to be seen. A recent survey carried out by Ofwat revealed that two-thirds of organisations remain unaware of imminent changes to the water market. Edie has released a 10-page guide to explain the changes, and the benefits and implications that these will bring. (Edie)