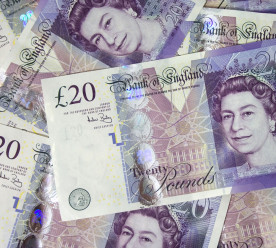 American corporations including Apple and Wal-Mart are sticking by their pledges to fight climate change even as President Donald Trump rescinds his predecessor’s environmental policies. Companies say their promises, coordinated by the Obama administration, reflect their push to cut energy costs, head off activist pressure and address a risk to their bottom line in the decades to come.  Wal-Mart was one of 81 companies that promised to reduce emissions in the run up to the 2015 Paris global climate negotiations. The company upped its targets last November, and will seek half its power from renewable sources by 2025. Procter & Gamble, Nestle Inc., Ikea, Levi Strauss & Co. and Best Buy Co., which all signed the 2015 pledge organized by the Obama administration, said they still intended to honour their commitments. Apple, Amazon, Google and Microsoft also expressed their support for Obama’s policies. Meanwhile, the Independent Petroleum Association of America praised Trump’s move. (Bloomberg)

Five carmakers including Toyota Motor Corp. are recalling an additional 1.04 million vehicles in Japan equipped with air bags made by Takata Corp., the transport ministry has said. The move brings the total number of cars recalled in the country over the potentially defective air bag inflators to 18.82 million. The other automakers include Fuji Heavy Industries, the maker of Subaru-brand cars, Mitsubishi Motors, Hino Motors, and Mercedes-Benz Japan. The automakers are recalling 1,039,534 vehicles across 54 models produced or imported between December 2002 and April 2013, according to the Ministry of Land, Infrastructure, Transport and Tourism. Concern that Takata’s air bag inflators could rupture with too much force and spray metal parts at passengers has caused around 100 million vehicles to be recalled around the world, while the defective part has been blamed for at least 15 deaths globally. (Japan Times)

IBM says it has developed the world’s first blockchain-based “green asset management platform” that will help corporations in China decrease emissions. In cooperation with Chinese company Energy-Blockchain Labs, this will facilitate carbon asset development, intended to encourage enterprises to decrease emissions and use low carbon emission technology. “It is estimated that the platform will significantly shorten the carbon assets development cycle and reduce the cost of carbon assets development by 20 to 30 percent, enabling cost-effective development”, said Cao Yin, chief strategy officer of Energy-Blockchain Labs. Both companies say they intend to commercially offer the carbon asset management platform later this year, in line with China’s unified national carbon market opening. The project, in collaboration with the Dublin City University (DCU) Water Institute will leverage Internet of Things (IoT) technologies and raise awareness on water quality and marine environments. (EnvironmentalLeader)

As the Tesla Model S begins to outsell the Mercedes S-class, Mercedes says it is accelerating its electric car plans. Instead of having 10 models in showrooms by 2025, it now plans to do so by 2022. Meeting ever tighter EU emissions regulations is part of the reason for the increased focus on electric vehicles. Following the Volkswagen diesel controversy, Europeans are thought to be less inclined to buy diesel-powered cars, which are a large part of Mercedes sales in Europe. Workers at Audi are also pushing for more electric cars in the product mix. Audi has plans to assemble electric cars at its factory in Neckarsulm, but this week a union representing 43,000 workers at Audi’s main factory in Ingolstadt asked management to consider building electric cars at that facility as well. “Our core factory must be prepared further for the future,” Audi’s top labour representative, Peter Mosch, told a gathering of 7,000 workers at the Ingolstadt plant.. (Cleantechnica)

The Bank of England’s announcement that it is considering using palm oil in the production of its next £20 notes has been met with caution after the bank already faced a major backlash for using animal fat in the new £5 notes. Last month, the Bank said that it will not withdraw the £5 notes from circulation, but added that it would consult with the public on how future banknotes should be made. On Thursday, the Bank said that the “only practical alternative” to animal-derived additives are those derived from palm oil, an ingredient an ingredient which has been controversial for its contribution to deforestation. Dr Emma Keller, agriculture commodities manager at the World Wide Fund (WWF), said “People don’t want the bank notes in their pocket to come with such a high environmental cost. The bank must only source RSPO (Roundtable on Sustainable Palm Oil) certified sustainable palm oil or none at all,” (Independent)