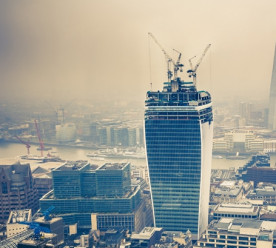 Drugs giant Pfizer has been fined a record £84.2m by the UK’s competition regulator after the price charged to the NHS for an anti-epilepsy drug was hiked by up to 2,600%. The Competition and Markets Authority, said the “extraordinary price rises have cost the NHS and the taxpayer tens of millions of pounds. The amount the NHS was charged for 100mg packs of the drug was hiked from £2.83 to £67.50. Philip Marsden, who led the investigation for the CMA, accused the firms of exploitation and said there was no justification for such price rises: ‘’we are determined to crack down on such behaviour and to protect customers.” Pfizer said in a statement: “Pfizer refutes the findings set out in the CMA decision. In this transaction, and in all of our business operations, we approached this divestment with integrity, and believe it fully complies with established competition law.” (Guardian)

Google has confirmed it will hit its target of offsetting 100% of the energy used at its data centres and offices against power from renewable sources. The firm first made the commitment in 2015 to go 100% renewable by 2017. In a blog, the company said it was now the largest corporate buyer of renewable energy in the world. Fossil fuels are still used by Google, but now it buys enough electricity from renewable sources to offset energy use at the data centres and offices. “Over the last six years, the cost of wind and solar came down 60% and 80% respectively, proving that renewables are increasingly becoming the lowest cost option,” said Urs Holzle, senior vice president for technical infrastructure. He added: “Since the wind doesn’t blow 24 hours a day, we’ll also broaden our purchases to a variety of energy sources that can enable renewable power, every hour of every day.” (BBC)

Funding for air quality measures over the next five years will be more than doubled to £875m, under plans announced on Wednesday, up from the £425m committed under the former mayor Boris Johnson. If approved at a Transport for London board meeting next week, most of the money – £312m – will be spent on cleaning up TfL’s 9,300-strong bus fleet.  A further £65m will be used to compensate and encourage taxi drivers to switch from the oldest black cabs – those more than 10 years old – to new ones capable of zero emissions, meaning they will either run on batteries or hydrogen.  Plans will also be published next year to cut the number of buses running along Oxford Street, which researchers have said has the worst NO2 pollution in the world. The extra funding was welcomed by campaigners, though some called on the mayor to go further and ban diesel vehicles. (Guardian)

MPs unite to tackle food waste, in their own kitchen

Labour’s Mary Creagh, chair of the Environmental Audit Committee, is being joined by leader of the Green Party in Northern Ireland Steven Agnew MLA, Conservative MP Mark Pawsey, SNP MP Margaret Ferrier, and Conservative MSP Maurice Golden, in taking part in a new trial to monitor the effectiveness of an app designed to curb food waste in the home. The pilot project is part of supermarket giant  Sainsbury’s ‘Waste less, Save more’ program and features technology from Winnow, a winner at last week’s BusinessGreen Technology Awards and a provider of smart technology used in commercial kitchens to monitor and optimise food waste levels. Initial results revealed food waste in the participating households fell 68 per cent, saving them an average of £268 a year. Paul Crewe, head of sustainability, energy and engineering at Sainsbury’s remarked: ‘’thankfully this trial can really hammer home the amount of food going in the bin, which is the first step to making a change’’ (Businessgreen)

The Tax Inspectors Without Borders (TIWB) project,  which is supported by the Organisation for Economic Co-operation and Development (OECD) and the UN development programme (UNDP), helps countries to recover revenue from multinationals that had been paying less than their fair share. It also seeks to build local audit capacity and is seen as key to meeting the UN’s sustainable development goals. UNDP administrator Helen Clark said it was essential for aid to be aimed at seeking long-term solutions by improving local conditions.  Improving local capacity and helping countries to boost domestic revenue streams and other sources of financing would continue to be a focus for the UNDP. Thirteen projects are under way – in Botswana, Costa Rica, Ethiopia, Georgia, Ghana, Jamaica, Lesotho, Liberia, Malawi, Nigeria, Uganda, Zambia and Zimbabwe. And next year, auditors will be sent to the Republic of the Congo, Egypt, Uganda, Cameroon and Vietnam.  (Guardian)