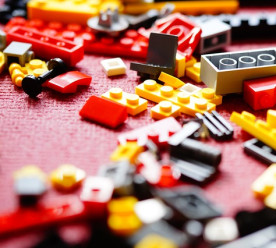 GlaxoSmithKline (GSK) has come top in the 2016 Access for Medicine Index. The index, which is funded by the UK and Dutch governments and the Bill and Melinda Gates Foundation, assesses the world’s 20 largest pharmaceutical companies. GSK came first for the fifth time, followed by Johnson & Johnson, Novartis and Merck. AstraZeneca jumped from 15th to seventh position after introducing a new affordability-based pricing strategy. GSK accounted for the most research and development projects in areas of great need but with low commercial incentive, followed by AbbVie and Johnson & Johnson. The Access to Medicine Foundation warned that while the availability of medicines is improving, the industry needs to do more on affordable pricing and the fight against corruption.  (Guardian)

The Vietnamese government has launched a drive encouraging local businesses to define their corporate culture in order to thrive on the global market. Vietnam’s Prime Minister, Nguyen Xuan Phuc, said “this is the question every company has to ask itself”. “The distinctive features of American companies may be their openness, liberation and practicality, while Japanese businesses may be disciplined and dedicated… So what about Vietnamese businesses?” he said. The premier stressed that developing corporate culture is essential for Vietnamese companies. “This is why South Korean and Japanese restaurants can win over diners all around the world, and why such business groups as Toyota, Sony, Samsung, Apple, and Ford can overcome crises and exist for decades,” he said. (Tuoi Tre)

Toymaker Lego will stop advertising its products in the UK’s Daily Mail following a public campaign calling on companies to drop adverts from newspapers accused of promoting “hatred, discrimination and demonisation”.  The campaign, Stop Funding Hate, urges advertisers to rethink their ‘support’ for rightwing newspapers, over what it sees as misleading headlines about child refugees, and the recent ruling by High Court judges that Parliament must be consulted over Brexit. The Co-Op Group has said it is ‘reviewing’ its advertising, but other companies have, until now, refused to withdraw their adverts. Companies such as John Lewis, Marks & Spencer and Waitrose have been urged by the campaign to drop their Christmas advertising in certain tabloids. (Independent)

Trump campaigned against lobbyists, but now they’re on his transition team

President-elect Donald Trump, who campaigned against the corrupt power of special interests, is filling his transition team with a number of corporate consultants and lobbyists, according to a list distributed widely in Washington DC. In his campaign, declaring that “it’s time to drain the swamp in Washington,” Trump promised to take steps to close the so-called revolving door between the public and private sectors. But Trump’s team includes nearly a dozen corporate executives, consultants and lobbyists, who have responsibility for helping pick the new cabinet, as well as up to 4,000 political appointees who will take over top posts in agencies across the government. (New York Times)

29 new signatories have joined the Under2 Coalition at a high-level ceremony at the COP22 climate negotiations in Marrakech. The coalition brings together states, regions and cities who commit to limiting greenhouse gas emissions. The new signatories comprise the Australian Capital Territory, the Indonesian provinces of South Sumatra, East Kalimantan and West Kalimantan, the Italian region of Abruzzo and the Mexican states of Tabasco and Michoacán. The coalition has also partnered with the US state of California and the World Bank in a new Memorandum of Understanding, to focus on a pathway to California’s target of an 80% GHG reduction by 2050. (Climate Group)