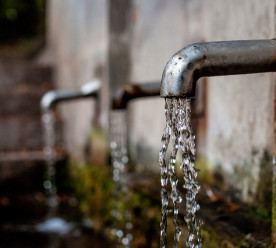 Google and Facebook have announced measures aimed at halting the spread of “fake news” on the internet, by preventing purveyors of phony content from making money through advertising. The shifts comes as both companies and Twitter face a backlash over the role they played in the US presidential election by allowing the spread of false and often malicious information. The issue has provoked a fierce debate, with Facebook CEO Mark Zuckerberg insisting that the argument that fake news on Facebook influenced the election was “a pretty crazy idea”.

Facebook’s steps are limited to its ad policies, and do not target fake news sites shared by users on their newsfeeds. Almost half of adult Americans rely on Facebook as a source of news, a study by the Pew Research Center has found. Facebook employees have reportedly formed an unofficial taskforce within the company to challenge Zuckerberg’s position. “What’s crazy is for him to come out and dismiss it like that, when he knows, and those of us at the company know, that fake news ran wild on our platform during the entire campaign season,” said one Facebook employee. (Reuters; Buzzfeed)

Drought, flooding, tightening regulation and water scarcity and stress fuelled by climate change have cost companies US$14 billion this year. This is over five times the US$2.6 billion reported last year, according to CDP’s new Global Water Report. The increase was largely driven by Japanese power giant TEPCO, which disclosed that it spent nearly US$10 billion in the last year addressing groundwater pollution from the Daiichi nuclear power plant. 24 companies have been recognized as pursuing best practice in water conversation and management, achieving a place on CDP’s Water A List leadership index. They include Ford, Diageo, Unilever, GSK and Anglo American. (Blue & Green Tomorrow)

Former French President Nicolas Sarkozy has proposed that Europe should impose a carbon tax on American imports if Donald Trump pulls the United States out of the Paris climate pact. Sarkozy, a frontrunner for the nomination of the Republicans party for next year’s presidential election, is also in favour of forcing public authorities in Europe to use more products or materials made in Europe. Europe can no longer be “weak” or “naïve”, Sarkozy said, even as he defended the idea of the free movement of people and goods. UN Secretary-General Ban Ki-moon said last week that Trump might reconsider his pledge to cancel the Paris deal, saying it would “create serious problems if anybody wants to undo it.” (RFI; Le Monde)

Britain’s biggest energy company has warned the government about the dangers of “unintended consequences” if ministers make a fresh intervention to drive down household bills. Iain Conn, chief executive of Centrica, said he would welcome “constructive dialogue” with business secretary Greg Clark in the wake of a report claiming the “big six” energy companies were making bigger profits than previously thought. But he insisted there was no truth in a claim that energy companies were making profit margins of up to 24 per cent on their standard tariffs. The big six have been braced for more state intervention since Prime Minister Theresa May said last month she would use the power of government to intervene in several markets, including energy. (Financial Times*)

New research undertaken by development charity VSO explores the “life-changing impact” that volunteering has on volunteers. The results of an online survey involving 2,800 former VSO volunteers indicate that 76 percent have become more involved with their community and nearly 25 percent continue to support individuals or communities they encountered during their placement after returning home. VSO will award volunteers who have gone “above and beyond” in an awards ceremony today. Global crop science company, Syngenta, has won the ‘Team’ Award. Thirteen of Syngenta’s corporate volunteers helped to establish a farmers’ network in Bangladesh, which benefited 7,000 marginalised farmers and over 1,300 young people. (VSO)