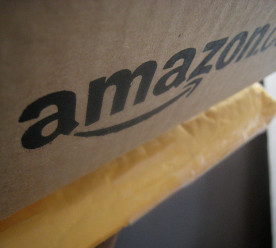 Chief executives from more than 1,100 US companies, including Boeing, Coca-Cola and Caterpillar, have written an open letter to Donald Trump, warning of “an urgent need to restore faith in our vital economic and government institutions” after the election. The letter comes as business executives on both sides of the Atlantic have expressed concern about uncertainty and threats to trade in the wake of Mr Trump’s victory. Only 17 percent of trade associations thought his presidency would be best for their members, compared with 39 percent favouring Hillary Clinton, according to a survey by the Financial Times.  In the letter, chief executives say they are committed to reuniting the country “after this particularly difficult election, and warn that businesses and communities cannot prosper “in a country that is divided and distrustful”. (Financial Times*)

The Forest Stewardship Council (FSC) has launched its latest consumer engagement effort, in partnership with WWF and six publicly traded companies. The partnership includes Kimberly-Clark, McDonald’s, Procter & Gamble and Williams-Sonoma, all of which sell FSC-certified products. A new video encourages consumers to purchase products with the FSC label, and support products that come from responsibly managed forests. Kimberley-Clark, which now sources more than 75 percent of FSC-certified virgin fibre in its tissue products, says it began market-testing FSC in 2009. It found the label helped differentiate its products, and enabled it to deepen its relationships with retailers including Target and Walmart, which wanted to learn from Kimberly-Clark’s sustainability strategy. (Sustainable Brands)

Amazon has been hit by allegations that its UK delivery drivers are frequently working more than the legal limit of 11 hours a day, and get less than the minimum wage. Agency drivers allegedly told a BBC undercover reporter they are expected to deliver up to 200 parcels a day. Some drivers admitted speeding to stay on schedule. Others claimed they did not have time for toilet breaks, and had to “defecate in bags” and “urinate in bottles”. The reporter said he was paid £93.47 for three days’ work. After deductions including optional van hire and insurance, this was equal to £2.59 per hour. The allegations are the latest controversy to hit the retail giant, following questions over its UK tax affairs and treatment of its warehouse workers. (Retail Week*)

Privately-held sneaker company New Balance may be the first corporation to have been hit by backlash against President-elect Donald Trump. The company, long an opponent of the proposed Trans-Pacific Partnership (TPP) trade agreement, welcomed the election of Mr Trump as a “move in the right direction”. The comments sparked controversy on social media, with some users posting videos setting their shoes on fire. Others, meanwhile, expressed support for New Balance and its stance against TPP. Free trade has been a contentious issue in sportswear manufacturing. Nike, the world-wide industry leader, has been a very public proponent of TPP, and on Wednesday reiterated its support for the deal. (Wall Street Journal*)

Facebook CEO Mark Zuckerberg has rejected the notion that fake news on Facebook influenced the outcome of the US election. He also rejected the idea that people’s news feeds are becoming increasingly personalised, to the point that opposing views are no longer visible. “We’ve studied it a lot. I really care about this,” he said, adding that in order to have a good impact on the world he wants people to have a “diversity of information”. He compared the current media landscape to 20 years ago when people only had access to a few major TV networks and newspapers. “There is a profound lack of empathy in asserting that the only reason someone could have voted the way they did is because they saw fake news,” he said. (Guardian)