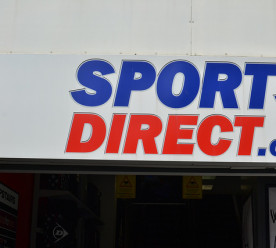 The UK government has accepted a legal amendment that could force multinationals to publicly declare where they do business and the tax they pay. The amendment to the finance bill would give the Treasury power to seek greater transparency on tax from corporations with significant activities in the UK. The amendment says tax information should include a “country-by-country report”, showing what revenues are earned in which nation. Companies already provide this information to tax authorities, but the idea of the amendment is that making it public could help put pressure on corporations to change their behaviour. (The Guardian; BBC News)

A report commissioned by the Asia Investor Group on Climate Change and conducted by Singapore firm Asia Research and Engagement has found that too few Asian banks are looking at climate change risk in their operations. Analysing public disclosures from a total of 88 financial institutions in the Asia Pacific region, the study revealed that while most are setting broad policies on responsible lending and offering green finance products, few look at climate change as a risk and a reason to limit lending.  Less than a third factored climate risks into their financing operations, and only ten banks cited climate change as a reason to limit spending. Despite this, banks were aware of, and keen to capitalise on, green finance opportunities.  (Eco-Business)

Beverage giant Coca-Cola has been accused of hiring hitmen from a prominent Colombian paramilitary group between 1990 and 2002 to kill at least 10 trade union leaders. The allegations have been made by Colombian courts, accusing Coca-Cola, alongside over fifty other companies, of financing the now-disbanded paramilitary organisation, United Self-Defense Forces of Colombia. Other companies suspected of financing the “para-economy” include Colombia’s largest beverage company Postobon, cement company Cementos Argos, state oil company Ecopetrol and banana distributor Chiquita. UK oil company BP has also previously been accused of funding the group. (teleSUR)

UK sportswear retailer Sports Direct has pledged to offer casual retail staff guaranteed hours instead of zero-hours contracts, following a review conducted by law firm RPC and commissioned by the company. The retailer has said it will offer directly employed casual retail staff at least 12 guaranteed hours a week, but has not offered guaranteed hours to more than 4,000 agency workers at its warehouse. The company has been faced with increasing pressure from shareholder groups to launch an immediate review into working practices. Apologising for the conditions at its warehouses, the firm has also agreed to drop the “six strikes” policy, in which workers were threatened with being fired for “misbehaviour”, and conduct fewer searches on staff. (The Guardian; BBC News)

The Australian government is seeking at least $120 million from Shenzhen Energy Transport, the Chinese power generation company that owned a coal carrier that destroyed part of the Great Barrier Reef in 2010. The crash site was contaminated with hundreds of kilograms of paint particles tainted with the highly toxic agent tributyltin (TBT). Marine biologists say the particles need to be removed from the 40-hectare crash site to allow the area to recover. However, Shenzhen Energy Transport argued the reef was self-healing and questioned the testing methods for the TBT data. The company’s maritime insurer, London P&I Club, said in a statement the Australian government’s estimated costs of fixing the reef were “unsubstantial and unrealistic”. (The Guardian)