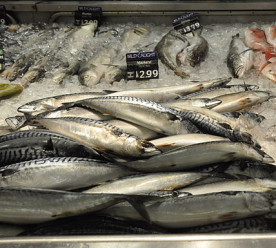 Blockchain technology trialled to tackle slavery in the fishing industry

UK-based company Provenance is trialling its supply chain transparency platform to track fish from trawler to the supermarket in an attempt to prevent human rights abuses and illegal fishing. Using “blockchain” technology, the platform allows exact supply chain details of the fish to be accessed and verified by end buyers and consumers in shops or restaurants using their smartphones. Local fishermen send SMS messages to register their catch on the blockchain. This identification is then transferred to a supplier, with any subsequent move also recorded. “This pilot shows that complex, global supply chains can be made transparent by using blockchain technology,” said Provenance founder Jessi Baker. (The Guardian)

Sportswear brand PUMA has partnered with banking giant BNP Paribas to launch a new financing programme designed to incentivise suppliers to improve their environmental and social standards. The program is set to be offered to over three hundred of PUMA’s external manufacturing partners worldwide, providing “financial incentives” to those that demonstrate a strong environmental and social performance. PUMA’s chief operating officer Lars Sørensen said it is “the first program in our industry”. “Our supplier’s investments in sustainability are rewarded, which is an additional incentive for them to improve their environmental and social standards”. (BusinessGreen)

UK supermarket chain Tesco has been ranked lowest for corporate governance in a report on the FTSE 100 published by the Institute of Directors. The company received the lowest scores for accounting and audit practices, largely as a result of an accounting scandal and a series of profit warnings in the past two years. Other companies making up the lower rankings included WPP, the world’s biggest advertising company; British car manufacturer Rolls-Royce; and Berkeley, the upmarket London housebuilder. The highest ranked company was British American Tobacco, whose top score on governance measures held up against a relatively low perception ranking. Others in the overall top 10 included Unilever, Next and Royal Mail. (The Guardian)

Europe has met a landmark goal of slashing its energy consumption six years ahead of schedule. In 2014, the EU’s 28 member countries consumed 72 million tonnes of oil equivalent less than had been projected for 2020, according to a report by the Joint Research Centre. Major energy savings were reported across all sectors in the study, with EU legislation driving efficiency gains in electrical products, industry installations, fuel economy and the housing sector. The role the financial crisis played in the energy reductions is uncertain. The EU has set a 27% efficiency goal for 2030, and could potentially increase it next month when the commission brings forward new efficiency measures. (The Guardian)

Singapore’s Building and Construction Authority and technology giant Microsoft have unveiled a smart portal  that lets building owners track and reduce energy usage in chiller plants, the machines that help keep rooms cool. In Singapore, chiller plants make up half the energy consumption of a building; buildings in turn account for a third of the nation’s electricity use. The tool will use “internet of things” technology such as data analytics and cloud computing to monitor chiller performance and provide building owners with information to improve energy efficiency. The pilot project will cater to 30 commercial and institutional buildings in Singapore over the next two years. (Eco-Business)