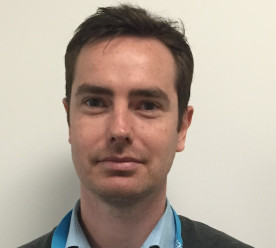 Public Procurement: the next frontier in the fight against Modern Slavery

A proposed amendment to the UK’s Modern Slavery Act could see the rules tightened on companies bidding for government contracts. Francis West explains why this could be a significant global step.

Last week, 225 years ago, men and women enslaved on the island of Saint Domingue (Haiti as it is now), rose up to fight for their freedom on a night that contributed to the eventual abolition of the slave trade. The night is commemorated on the 23rd of August as the International Day for the Remembrance of the Slave Trade and its Abolition, but anyone that has had even a cursory interest in corporate sustainability over the last few years will be acutely aware that slavery did not end in the 19th century.

An estimated 21 million victims (5.5 million children) of forced labour – just one form of modern slavery – generate $50 billion in illegal profits per year in the private economy. As such, it is clear why governments and businesses in the UK, the US and beyond have made tackling slavery and trafficking in corporate supply chains a priority. Nowhere has this focus been more evident than with the introduction of the transparency in supply chain requirement in the UK’s Modern Slavery Act (TISC). At Unicef UK, we know from our work with leading businesses that efforts to address modern slavery in supply chains are becoming increasingly prominent in human rights due diligence processes, but a look at the macro picture leaves much to be desired.

Early analysis of the TISC requirement showed that out of 75 statements, only 22 were signed by a director or equivalent and available on the company’s website homepage – both of which are legally required. Only nine statements met these requirements and addressed the six reporting areas suggested in the Act such as organisational structure, company policies and due diligence. With this in mind, it’s easy to understand why Parliament has started to look for ways to make the Act work more effectively.

Baroness Young’s Private Member’s Bill, which will be debated in Committee in September, seeks to amend the Modern Slavery Act in two key ways: by applying the reporting requirement not only to businesses, but also to public bodies procuring goods and services; and to exclude companies that don’t produce a statement from bidding for public sector contracts.

So why the focus on public procurement?

Firstly, government supply chains can be linked to modern slavery and labour exploitation in the same way as those of businesses. For instance, reports show that in a Bangladeshi factory that produced licensed apparel for US military stores, a third of the workforce was children. Likewise, plastic gloves bought by the Danish public health sector have contained rubber from plantations that rely on forced labour. In the UK, reports from the British Medical Association have in the past linked the suppliers of surgical instruments to the NHS to violations of local labour laws in relation to minimum wage and excessive overtime, and widespread child labour. Put simply, government needs to practice what it preaches on responsible supply chains. If the UK wants to continue its leadership on modern slavery, it must be bound by the reporting requirement it introduced.

Secondly, governments buy a huge amount of goods and services from business and could do much more to use this purchasing power to scale up socially responsible business practice. Globally, public procurement has a value of €1,000 billion per year, while across OECD countries it accounts for 12% of GDP on average. In the UK alone, £45 billion worth of contracts are awarded to private firms each year, excluding NHS procurement. Directing this capital only towards companies that are effectively tackling modern slavery would realise governments’ responsibilities under both UN Guiding Principles on Business and Human Rights and the Sustainable Development Goals (target 12.7 aims to ‘promote public procurement practices that are sustainable’).  Apart from a broad requirement of all businesses to undertake due diligence on modern slavery, procurement is the strongest lever that governments have to capture a large enough group of companies to ensure a critical mass are operating in this way. It would help level the playing field for companies that are taking modern slavery seriously.

So what does this mean for my business?

While Baroness Young’s amended Bill in the UK Parliament faces an uphill struggle to become law at this point, it does suggest that in the medium to long term, businesses wanting to sell into the UK public sector will increasingly need to demonstrate that they are going beyond the basics when it comes to addressing modern slavery in their supply chains. The good news is that for those businesses with robust human rights due diligence processes, which include consultation with the most vulnerable groups (such as children and migrant workers), little will need to change. In fact, those businesses will be better-positioned to secure lucrative government contracts, will boast more sustainable business practices, and will have real cause to celebrate on the 23rd of August.

Francis West is Head of Private Sector Policy and Advocacy at Unicef UK. Francis has worked in business and human rights at a number of international development charities as well as in public affairs roles in the technology sector. He holds an MSc in International Development & Security, with a specialisation on corporate social responsibility in post-conflict contexts.