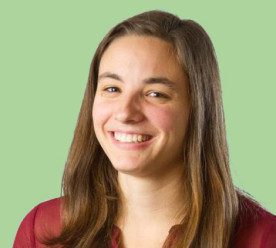 Corporate social advocacy: speak up or stand down?

As the US election approaches, more and more businesses are taking their lobbying public. What are the risks and opportunities for activist companies?

We are getting closer and closer to selecting the next president of the United States. Now more than ever it’s hard to go a single day without discussing the campaign and its implications for both America and the wider world. While I’m used to friends and family sharing their perspectives on the issues, one opinion that seems to be louder this time around is the corporate voice.

Corporations have always lobbied behind the scenes. Now they are increasingly taking their views on the candidates public. A couple of weeks ago, Patagonia announced plans to spend $1 million campaigning to get voters to choose candidates in local elections who support strong environmental policies. Buzzfeed, among others, cancelled its $1.3 million advertising agreement with the Republican National Convention earlier this year following Trump’s statements on immigration. In April, GE’s CEO Jeffrey Immelt spoke out against Democratic candidate Bernie Sanders, after Sanders claimed the company was an example of corporate greed at its worst.

Diving into the political debate can have its pros and cons. The decision to publicly engage requires careful consideration. It depends on your corporate values, leadership’s appetite, and how these actions might be interpreted.

Here are a few considerations to weigh when deciding to take a stand or not:

For those organizations with a strong corporate purpose, speaking up emphasizes a true commitment to stated ideals. Activism can be a tool to show employees and consumers that the company truly stands for something.

Here, we can return to Patagonia. Environmental conservation is a core part of the company’s identity. Its corporate mission is to “build the best product, cause no unnecessary harm, use business to inspire and implement solutions to the environmental crisis.”  So, just as Patagonia uses its corporate philanthropy to support environmental protection initiatives, the company uses its corporate voice to advocate for candidates that share these values. It proudly wears the moniker of “the activist company.”

Employees need to feel as if they are a part of the company. Sometimes taking a political stand can help to confirm this connection, other times it can isolate employees with different views. Activism can be a double-edged sword, so it’s important to understand your employee base and their interests. Expressing a political position may also influence how a company is viewed by its future workforce.

Salesforce CEO Marc Benoiff has been particularly vocal on social issues, getting involved in legal battles over LBGT rights in Indiana, Georgia, and North Carolina. In his own words, these efforts are about “…protecting our employees from being unfairly discriminated against.” He believes “the next generation of CEOs must advocate for all stakeholders—employees, customers, community, the environment, everybody, not just for shareholders.”

3) Anticipate how your customers may react

Speaking up could generate a boost in sales or alienate consumers depending on their personal perspectives on the issues. One study found that Americans are 8.1% more likely to purchase from a company that shares their opinions and are 8.4% less likely to purchase from a company that doesn’t. These findings show that companies need to do their market research and glean what they can about their customers’ values.

We are already seeing consumers react to companies’ activist efforts with mixed results. As my colleague Charlie Ashford wrote earlier this year, companies trying to turn consumers into lobbyists such as Facebook and Uber have been met with both support and criticism by consumers around the world.

In the age of instant communication, more companies may decide that speaking out benefits their organizations, employees, and consumers. I know I’ll be keeping a lookout to see if more companies take a stand as we draw closer to voting day in November.

Megan Stoffer is a Consultant at Corporate Citizenship.