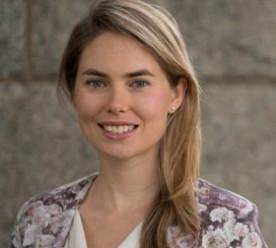 Inefficient cooking is one of the root causes of gender inequality in developing countries. Companies which invest in efficient cookstove projects can achieve environmental and social goals, writes Rosie Helson.

Did you know that 40% of our global population relies on solid fuel for cooking? According to the World Health Organisation, many of these three billion people are living below the poverty line in rural areas of developing countries. And according to the Global Alliance for Clean Cookstoves, many of them are women.

Traditional cooking methods used in Africa, China, India, Vietnam and in many other regions around the world involve women walking miles to collect fuelwood each day, which can put their safety at risk in many ways. If they aren’t using wood, they might be using charcoal, which can be costly.

The women cook on an open stove, often indoors, whereby most of the energy produced by burning the fuel is lost through heat and light to the surroundings, with an average of 18% of energy actually heating the cooking pot. A lot of fuel is needed to cook three meals per day, each meal takes a long time to cook, and each time, the family is exposed to high levels of carbon monoxide and black carbon particulates. In fact, 4.3 million people die prematurely every year from illnesses attributable to household air pollution from cooking with solid fuels. In addition, trees are cut down and carbon is emitted into the atmosphere, contributing to climate change.

For a few decades now, cleaner-burning cookstoves have been used to minimise the environmental and health challenges associated with traditional cooking methods. One improved cookstove can reduce emissions by one to two tonnes of carbon dioxide equivalent each year. This saving can be converted into carbon credits which can be bought to offset emissions. Purchasing carbon credits from cookstove projects enables them to scale, financing further emissions reductions.

In basic form, portable and insulated rocket stoves enclose the fuel while it’s burning, meaning that up to 20-35% of the energy produced reaches the cooking pot. This improvement in thermal efficiency results in less fuel being consumed. In addition to the resulting emissions reduction, there are knock-on reductions in the number of trees cut down and associated biodiversity loss, the proportion of family income spent on fuel, the time spent collecting fuel and cooking, and the family exposure to harmful air pollution.

Many stoves now incorporate a fan to further increase the efficiency of the cooking process, and instead rely on cleaner-burning gas or liquid fuel, or even agricultural residues or solar energy. The stoves themselves are evolving, and so too is our understanding of the wider co-benefits of cookstove projects.

Companies who invest in carbon offsetting through cookstove projects can not only report reduced emissions for their business, but can also talk about the important role these projects play in delivering affordable energy access, improving health and well-being, as well as empowering women: all features of the Sustainable Development Goals (SDGs).

The impacts that cookstoves can have on gender dynamics are significant. In their 2016 Annual Letter, Bill and Melinda Gates described household appliances as giving “superpowers” to women by reducing the amount of unpaid domestic work they do. Through purchasing efficient cookstoves, women have more time to spend on other family-based, income-generating, or educational activities.

One of the cookstove projects that Natural Capital Partners sources carbon credits from is based in Uganda and has already enabled the purchase of over 480,000 stoves, improving the health and reducing fuel costs for over 2.4 million people across the country. Mary is a single mother with a two year old son who lives with her parents and extended family of six. Explaining the benefits of her improved stove, she says: “Previously, our family spent 60,000 UGX (US $18) on charcoal for one month; currently we spend 60,000 UGX on charcoal in three months.” With her significant savings, Mary has been able to take better care of her family. Indeed, the World Bank has found that women are more likely to reinvest earnings and savings back into their families, improving their education, nutrition and health, and helping to break the cycle of poverty.

Best-practice projects are based on inclusive business or franchise models whereby local people are employed to manufacture, sell and service the cookstoves. Increasingly, research is showing that engaging women in the cookstove project itself as designers, producers, distributors, and after-sales service providers can scale adoption, improve sales and ensure continued use.

Another cookstove project from which Natural Capital Partners sources carbon credits is successfully employing women as cookstove entrepreneurs in Kenya, with a third of distribution businesses now owned by women. A Gold Standard certified project, carbon finance is used to subsidise improved cookstove sales to the most vulnerable communities in Kenya and support stove distribution. It is recognised that gender-informed capacity building can strengthen the overall business model, as women may need different levels of support to men in order to scale their businesses, in terms of access to finance, participation in decision making, and developing key business skills. Recent Kenya-based research shows that women can outsell male cookstove sellers by nearly three to one when they receive empowerment and leadership training.

Doña Irma, a mother of three from Carmelitas, Guatemala, helps to install stoves in the homes in her community. Irma organised a “stove committee” as part of the follow-up programme for families owning a stove, which ensures that families maintain their stoves properly and understand how to maximise their use. She says: “I am the President of the committee. I have a Vice-President, a Secretary and a Treasurer. Now our women have more say in the issues of our community. The women also have more respect and work together with our community leaders.”

In this way, women are seen as proud entrepreneurs with huge potential who are willing to work hard to improve their own lives and the lives of their families. A new cookstove acts as the catalyst which brings opportunities to fruition by giving women additional time and money, for example, to set up road-side “restaurants” to sell some of the food they cook on the new stove, or distribute other valuable services.

Doña Graciela lives in the same community as Irma and states that thanks to the new stove she has been given a new life, while her family are much healthier. She is also using the stove to sell food: “I make rice pudding in a huge pan that fits on my stove with no problem. I cool the pudding and put it into cups to sell at the market. I sell all my pudding every week and make a little extra money to buy more seeds, vegetables and eggs.”

Who knew that something as small and simple as a more efficient cookstove could have such a significant impact?

The lesson for companies is that environmental and social impacts rarely occur in siloes. Carbon offsetting projects, which readily support multiple sustainable development goals, provide a perfect example of the inter-linkages and co-benefits of sustainability initiatives.

Rosie Helson is Marketing Manager for Natural Capital Partners, which works with clients to combine business success with positive impact on the environment and society. Through collaboration with global project partners, the development of innovative solutions, and understanding the specific goals of its clients, the company delivers programmes for renewable energy, reducing carbon emissions, enabling water stewardship and protecting biodiversity. Visit Natural Capital Partner’s Project Browser to see more of their cookstove projects.