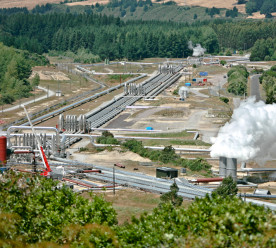 Investment research firm Morningstar has introduced a new sustainability rating to help investors evaluate funds based on environmental, social, and governance (ESG) factors. “Given the widespread and growing interest in sustainable investing around the world, investors need better tools to help them determine whether the funds they own or are considering adding to their portfolios reflect best sustainability practices,” said Steven Smit, CEO of Morningstar Benelux. Initial analysis of the ratings reveals that funds with explicit sustainable or responsible mandates are generally practicing what they preach. Nearly two out of three such funds received the highest ratings, more than double the percentage of funds with Sustainability Ratings overall. (Morningstar)

Read more: In his latest article for CCBriefing, Mike Tuffrey looks at the mainstreaming of ESG, and asks where next for the responsible investment movement. Read it here.

The Asian Development Bank (ADB) has backed the issuance of Asia’s first climate bond of 10.7 billion peso ($225.61 million), providing credit enhancement to a Philippine renewable power firm operating a geothermal plant. In 2015, ADB committed to double its financing for climate change adaptation and mitigation by 2020, including playing a catalytic role to crowd-in private sector climate finance. “The successful use of credit enhancement for [the plant] reflects our evolving strategy to make creative use of ADB’s expanding balance sheet to support infrastructure investment in Asia and the Pacific,” said Todd Freeland, Director General, ADB’s private sector operations department. The climate bond, which has been certified by the Climate Bonds Initiative, is the first ever climate bond for a single project in an emerging market. (Thomson Reuters Foundation)

The bank set up by the UK government to fund green infrastructure will no longer be required by law to invest in green schemes, under moves put forward by ministers. Campaigners said that changes proposed by small business minister Anna Soubry effectively delete the clause enshrined in legislation that gives the green investment bank its green purpose. But ministers insist the bank’s green mission will still be protected through a ‘special share’. The £3.8 billion bank was established in 2012 to “accelerate the UK’s transition to a greener, stronger economy” by investing in renewable energy and other “green” schemes. Last June, the government announced the bank would be privatised to raise more private money and cut government borrowing. (Guardian)

The North Face expands Made in the US “Backyard Project” collection

Outdoor clothing company The North Face has launched the second instalment of its locally produced, ‘Made in the US’ clothing line, The Backyard Project. The project brought together a collective of farmers, artisans and small businesses to achieve increased production, new styles and colours and a lower price point for consumers. The company challenged itself to find ways to expand and scale its pilot project, with a goal of increasing both domestic production and impact. “The Backyard Project is about connecting with local artisans right here in the US. It’s about knowing which farms grew your cotton, who spun the yarn, or how your product was dyed. We learned a lot during Backyard’s 2014 introduction and challenged ourselves to produce a bigger run of locally sourced clothing this season,” said Sumi Scott, Director of Sportswear at The North Face. (CSRWire)

Japanese car manufacturer Nissan will soon be using its electric car technology to help power its new regional office in France, through the deployment of the world’s largest grid-integrated electric vehicle (EV) system. The firm plans to install 100 vehicle-to-grid chargers provided by its partner Enel at the new site. The system will allow Nissan’s range of EVs to draw on energy from the grid at off-peak times, and then sell the stored energy back to the grid during peak periods. “Nissan’s electric vehicle batteries extend our expertise beyond production to finding new and innovative ways to store and transfer energy,” said Paul Willcox, chairman of Nissan Europe. “By demonstrating that electric vehicles can play an integral part in the energy management systems of the future, this project is a watershed moment on our journey towards a fully electric future.” (BusinessGreen)