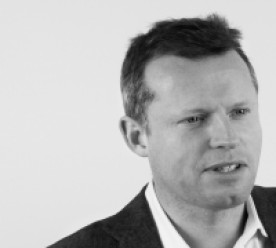 Openness is a much better way of doing business, Jim Woods argues.

If you’re above the age of 30, you’ll be familiar with the following comments; “I wouldn’t want to share what I’m doing on Facebook”, “I haven’t got the time to post what I’m thinking on Twitter” or “Goodness only knows why anyone bothers to update someone else’s Wikipedia page”.  You may have thought it yourself.

Facebook, Twitter and Wikipedia are standard bearers of the open era, where the act of sharing delivers faster learning and stronger communities. Until you engage, it’s hard to understand the power that the open era offers, and you’ll forever wonder why people do it. But you’ll increasingly be aware that you’re standing still whilst the world is changing around you.

A similar schism is emerging in the business community. The organisations that embrace a more porous world are innovating faster, becoming more relevant and are building powerful communities. Tesla, Uber, Airbnb and Wikipedia are some of the pure-plays, but large organisations such as M&S, GSK and Unilever are dabbling in it.

The ingredients of openness are transparency, sharing and collaboration. To its advocates, openness is a way of creating competitive advantage whilst being accountable to society. Done well, it delivers value for shareholders and more sustainable business models. Open works because it offers a lower cost of doing business or faster development, whichever lens you prefer.

We’ve been researching the open pioneers as we curate an event on “Radical Openness” on July 6. What initially appeared to be an intangible movement quickly became a philosophy with practical applications that fall into three areas:  transparency, co-creation and the sharing of intellectual property.  Each will seem radical until they are embraced.

Most organisations embrace varying degrees of “controlled” transparency. But a new breed is experimenting with putting much more information in the public domain. Buffer publishes the salaries of all employees. Zappos shares an unprecedented level of product information with customers, with its CEO saying “The more they know about us, the more they’ll like us.”

Perhaps the most powerful use of radical transparency is being developed by the “peer-to-peer” platforms such as Amazon, Airbnb, Uber and Zopa. These online platforms create competitive advantages by giving customers high visibility of their trading partners through user ratings. This transparency drives customer satisfaction levels that incumbent businesses can’t compete against.

“None of us are as smart of all of us” is a Japanese proverb that has always been true. With the arrival of the internet, organisations are finding ways of efficiently tapping the wisdom of the crowd. Unilever’s “Foundry” crowdsources new product ideas from aspiring product designers, M&S’s “Plan A Innovation Challenge” is crowdsourcing solutions to its thorniest sustainability challenges.

Being a relatively new discipline, sustainability is a hot bed of innovation. It is awash with new methodologies that seek to improve decision-making, and the smarter proponents are using co-creation to improve and engage. Kering is co-creating its Environmental Profit and Loss methodology, the WBCSD is co-creating its Social Capital Protocol – the list goes on.

Wikipedia is the global co-creation heavyweight. In 2010, Wikimedia, the 50-person strong organisation that runs Wikipedia, invited 1,000 of its users to co-create its strategy. The result was a deep engagement and trust that gives people worldwide the confidence that they are giving their time to a worthwhile mission, which result in an ultra low-cost base. Encyclopaedia Britannica stood no chance.

This is probably the most radical for most seasoned business leaders, who have spent decades protecting their IP. When Tesla announced that it would open up its electric vehicle IP in 2014 to other car manufactures, its share price rose 12% in 7 days. Tesla argued it wanted to accelerate the adoption of low carbon transport, but this move will also cement its position as the leading player in the Electric Vehicle market. It has extended the same philosophy to its new home energy storage product.

GSK is a FSTE100 pharmaceutical company that understands the connection between diversity of thinking and progress. In 2012 it began a process of putting its clinical drug trial data onto the internet, allowing other research organisations to develop cures from its data. It believes this will halve the development times for critical diseases such as malaria, demonstrating its citizenship at a time when its sector is constantly having to earn its licence to operate.

As with any idea whose time has come, the benefits of openness seem pretty obvious. We all want to have access to the best ideas, to remain relevant in a fast-changing world and to be supported by a strong community – individuals and businesses alike. We now have the digital platforms that facilitate openness, and the pioneers who have overcome the institutional resistance to change. The message from them is “it’s OK. Nobody died. In fact, it’s just a much better way of doing business”.

Jim Woods is CEO of The Crowd, a platform for the business community to share ideas and innovations.