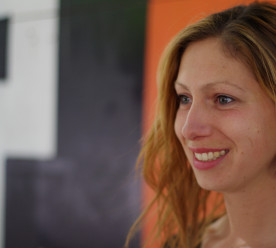 The forest fires that raged across Chiang Mai in March may have dissipated, but the cancer risk for those who breathe in the dust particles year on year has not. Nor has the pressure on contract farmers to meet growing demand for animal feed and ethanol: a factor contributing to illegal slash-and-burn practices. According to one resident, an area more than six times that of Bangkok (which occupies 1,569 square kilometres) of dry corn stalks is set alight after the harvest to make way for the next crop.

A confluence of visible environmental and social crises has led to a surge of awareness of sustainability pressures facing the Asia-Pacific region. The vast human cost to a region that supplies much of the world’s cheap food and consumer goods is increasingly evident. In March, 80,000 Vietnamese workers at a factory making shoes for brands such as Adidas, Converse, Nike and Reebok went on strike in protest against changes to Vietnam’s social-insurance system. In May, a fire at another shoe factory north of Manila in the Philippines killed 72 workers.

The word ‘precariat’, coined by the British economist Guy Standing, describes the growing class of people in short-term, low-wage jobs with no protection – both locals and migrant workers. The instability of this global class is compounded in Southeast Asia by demographic imbalance, with too many young workers and not enough jobs – or at least, not the sort of job the rising generation – growing numbers of which are digital natives with higher education and degrees – wants to do.

A significant part of the problem is a mismatch of both the skills and the aspirations of young people with the needs of the economy. In Hong Kong, a shortage of engineers and construction workers is delaying new projects; shipping companies across the region are struggling to recruit crew; Singapore relies on a large numbers of foreign workers in domestic support and construction; and a labour crisis is plaguing palm oil plantations in both Malaysia and Indonesia.

Increasingly, graduates risk finding their skillsets redundant as those of the automated workforce expand. Even in financial services – a significant sector in both Singapore and Hong Kong – Robotic Process Automation is mimicking the role of the CFO. How can young people know which skills to build in a context of rapid change?

There are no easy answers.

“Indeed, in a future of rapid technological change and widespread automation, the determining factor – or crippling limit – to innovation, competitiveness and growth is less likely to be the availability of capital than the existence of a skilled workforce”, writes Klaus Schwab, Founder and Executive Chairman of the World Economic Forum, in Singapore’s Straits Times. “Geopolitical, demographic and economic forces are relentlessly reshaping labour markets.”

Food security across the region brings the workforce challenge together with other sustainability concerns. Besides labour, our collective capacity to feed a growing global population is threatened by competition for land; resource constraints (water, soil nutrients); biodiversity loss and deforestation and volatile weather due to climate change.

As the global population grows, so will public debate around how to feed it. Many, including Stuart Lindsay, Director of Global Corporate Affairs at the global agribusiness firm Bunge, argue for intensification: more yield per hectare. Others, including the UN Food and Agriculture Organization, argue we are already producing enough calories to feed the world, but that people don’t have sufficient access to markets and land to avoid hunger. Should the focus shift from the extent of the yield to its nutritional value, and how it is managed through the food chain – led by the likes of the Global Alliance for Improved Nutrition?

Changing diets make a difference, too: the rise in demand for meat from a burgeoning middle class, particularly in China, means more resources go into animal feed. Whether we know what we’re eating is another question: regular scandals are exposing quite how convoluted and obscure our food chain has become. The connections between the environmental impacts of agriculture and public health are also increasingly evident to the public: both air quality and water pollution and shortages act as a regular reminder.

For brands, increased scrutiny of supply chains and their social and environmental impacts presents a significant reputational risk – but that’s only the start. Introducing the Sustainable World Resources summit in May, Simon Tay, Chairman of the Singapore Institute of International Affairs, said that more leading companies are recognising and responding to sustainability as a business issue, beyond public relations – whether as producers of resources, traders or retailers. This change of attitude is not due to moral concern, Tay observes, but rather to rising awareness of the impact of volatility on the bottom line.

For Stephanie Draper, Executive Director, Asia Pacific at Forum for the Future, these questions illustrate a changing discourse around sustainability across Asia-Pacific, with growing recognition of problems affecting both food security and the future workforce.

“Successful companies will be those that anticipate and respond to these challenges early and are part of the solution”, Draper argues.

This awakening to sustainability challenges is one of several factors that Forum for the Future looks for to assess where there might be rising potential to change things for the better – alongside the concurrence of new technical and social innovations, for instance.

Peter Ho, senior adviser to the Centre for Strategic Futures in Singapore, calls for “a mature conversation … on the impact of technology on issues like privacy, security and jobs [to ensure it] addresses the concerns of society, and meets the needs of the economy.”

Such a conversation should extend across the region, like the recent Transboundary Haze Bill, and ask how the future economy and new technology can meet the long-term needs of people and the natural resources on which they depend, prioritising resilience over rapid growth.

Anna Simpson is Curator of the Futures Centre at Forum for the Future.