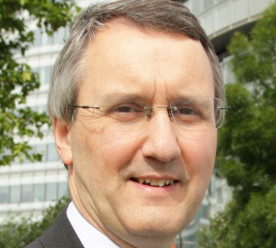 Governments are an essential partner for successful business, even if predicting elections is a tricky business, Mike Tuffrey argues.

Last month I commented on the UK general election. The outcome looked too close to call, I thought, and concluded… “one thing is clear, though. All the parties have ambitions for change, and none have the resources to pay for it through conventional tax and spend. Whatever the hue of the next government, it will surely come knocking at the door of companies for help, willing or unwilling.” (For our analysis of the Conservative manifesto, see here, where we noted a resurrection of the Big Society concept and some interesting detail about corporate responsibility.)

This month I want to take the argument a stage further and say that companies should see governments as an essential partner, rather than a demanding supplicant to be held at bay. That’s not to say I accept the full Mariana Mazzucato thesis (The Entrepreneurial State) that it’s governments who are the real innovators and risk-takers. But I do think the much-quoted concept of ‘shared value’ focuses too much on companies and their own social impacts, and not enough on the essential role played by government. To plot a reliable path towards an economically prosperous, social just and environmentally sustainable future, we need a tripartite approach involving business, government and civil society. If you doubted governments are an essential part of the equation, just look at the topics addressed in our guest articles this month – urban sanitation by Neil Jeffrey from WSUP and food security by Anna Simpson from Forum for the Future.

That becomes harder if government is not a stable partner. The UK political outlook may now be more certain, but the picture internationally is less so. The US presidential election kicks off in just eight months with the Iowa caucus in February 2016, and the final vote in November. In Europe, 2017 is bookended with French presidential elections in the spring and German federal elections in the autumn. Meanwhile this year sees major intergovernmental agreements due on sustainable development in September and climate change in December.

For global companies, the sustainable development goals (SDGs) offer a framework which – if agreed as new ‘world goals’ at the United Nations – will transcend the shifting priorities of national governments. Here at Corporate Citizenship we’re embarking on a 17 week effort in the run up to September to analyse each of the 17 proposed goals in turn, asking what they mean for business. You can track our progress here and follow us on Twitter for a weekly prompt.

The case for more joined-up thinking was driven home for me by a recent study by the IMF on the sheer scale of government subsidies for energy, estimated at a $333 billion this year. That’s money governments spend to reduce the purchase price of energy. Where the study broke new ground was in quantifying the cost of the damage done by burning that energy, in air pollution, road congestion and global warming. Calling that a post-tax subsidy, the IMF puts the price tag at a stonking $5.3 trillion – 16 times more. Much of that is paid by companies and citizens, in lost productivity, and by the governments themselves in remedial spending. The IMF modestly concludes “the fiscal, environmental and welfare gains from removing energy subsidies are substantial” – worth 3.6% of global GDP.

Now that’s a prize worth winning from getting government policy-making right.