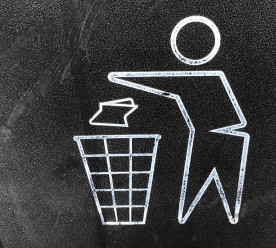 Some of the UK’s largest retailers and food manufacturers are collaborating to deliver a new network of “food waste champions” to help reduce food waste. The network of champions will work within their organisations to cut back on the 1.1 billion tonnes of food waste that is produced across the food and drink retail and manufacturing sectors. Businesses involved include: Mars, Nestlé, Nomad Foods, Premier Foods, Unilever, Upfield and Coca-Cola. The initiative is backed by industry groups including WRAP and the British Retail Consortium and will receive funding from Defra. The network will be overseen by Company Shop Group, the UK’s largest redistributor of surplus stock, which will deliver mentoring to the champions. Food waste champions will receive toolkits, activities and mentoring to tackle food waste within their organisations. (Edie)*

The Organisation for Economic Cooperation and Development (OECD) has drafted a set of technical principles which would revolutionise the corporate taxation of multinational companies and could raise $100bn in extra tax revenues globally. The blueprints of the new system are ready to be implemented if political agreement can be reached next year. The international organisation has sought consensus between more than 135 nations on the reforms, which it said would enable tax authorities to collect up to 4% more corporate tax. The blueprint’s goal is to ensure multinationals — including highly profitable US tech giants and European luxury goods companies — pay corporate taxes on profits where they operate and cannot shift them to tax havens. US presidential politics has been the main reason why progress on an international political deal has stalled so far. (Financial Times)*

Luxury fashion brand Burberry has supported multinational technology firm IBM to develop a prototype cloud and blockchain tool aimed at tracing materials and products across supply chains, including information about environmental and human impact. IBM’s public cloud technologies and blockchain platform were deployed to create a tool that tracks the journey of products across the supply chain. The tool, called ‘Voyage’, creates a tamper-proof trail of audit, collecting data at each point of the product’s journey and associating it with the product ID and tags. Burberry will pilot the tool on its mobile app to gauge customers’ interest in finding out more about garment supply chains before the point of purchase. The tool can also add information about the post-consumer stages in the product’s lifecycle, including recycling, repair and upcycling. (Edie)*

International NGO Human Rights Watch (HRW) wants the Argentinian capital, Buenos Aires, to stop using live facial recognition to identify children accused of committing crimes. HRW said Buenos Aires started using the technology in April 2019, making Argentina the only country in the world to deploy it against people under the age of 18. Although no minors are known to have been arrested yet, the group says the methodology is riddled with misidentifications that could unjustly limit job and educational opportunities for children wrongly accused of theft and other crimes. HRW cited three cases of Argentine adults being erroneously detained by police due to the system’s errors. Asked to comment on the assertions, the city government said the facial recognition system had been developed under United Nations‘ human rights guidelines. (Thomson Reuters Foundation)

The UK government should use the influence it has over tech giant Amazon through its £630m of state contracts to compel the company to improve conditions for workers, trade unions have said. In a joint statement with the GMB union, the Trades Union Congress (TUC) called on the government to improve workers’ conditions through an upcoming employment bill but also to force Amazon’s hand by using its powers as a client of the company. The TUC and GMB said the government’s £630m worth of contracts with Amazon meant ministers could force the company to improve conditions for workers. They said workers have described gruelling conditions, unrealistic productivity targets, surveillance, bogus self-employment and a refusal to recognise or engage with unions unless forced. Amazon has not responded to a request for comment. (Guardian)