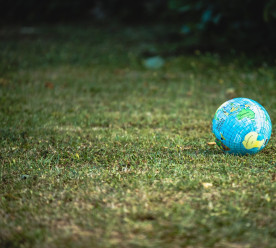 The International Organization of Securities Commissions, the global umbrella body for securities regulators, is seeking to harmonise the patchwork of rules governing how companies disclose sustainability risks in a move that could be a game-changer for the fast-growing green finance sector. ESG ratings attracted scrutiny in the UK recently following revelations that fast-fashion retailer Boohoo had positive ESG ratings from MSCI and others despite being accused of poor working practices. The body is looking to identify “commonalities” among the vast range of sustainability disclosure standards from across the world in order to make it easier to compare information. The “plethora” of sustainability frameworks gives companies a multitude of choice in terms of what ESG risks they report. This makes it difficult to compare one set of company ESG disclosures with another, he added, meaning there is “no common definition of what a sustainable finance product is”. (Financial Times) *

Since the Paris climate agreement in 2016, 300 companies at risk for contributing to deforestation have received at least $153.9 billion in financing, according to a new analysis by Forests and Finance, a joint project between six researchers and environmental advocacy groups. The 300 companies that were analysed received capital in the form of loans or investments and were involved in the production of pulp and paper, beef, palm oil, soy, rubber, or timber. According to the new data, since 2016 banks and other investors have pumped $95.2 billion into forest-risk companies in Brazil, $54.2 billion to those in Southeast Asia, and $4.5 billion to those in Central and West Africa. “We’re not directly accusing any of these companies of deforestation,” said Merel van der Mark, coordinator of the Forests and Finance Coalition. “We’re just saying they’re deforestation-risk companies because historically companies operating in these sectors have been linked to deforestation.” (Eco-Business)

For the first time, India and Bangladesh have been placed in the ‘extreme risk’ category for modern slavery, joining China and Myanmar in a group of 32 countries with the worst risk of slave labour, according to a global index. Garment workers supplying global fashion brands lost up to $5.8 billion in wages from March to May, the Clean Clothes Campaign pressure group said last month, as the Covid-19 pandemic led to store closures and cancelled orders. Laid-off workers are likely to turn to exploitative jobs or may put their children to work to cope with the loss of earnings, industry experts say. Travel restrictions and measures to reduce the spread of Covid-19 have made it harder for companies to carry out audits to ensure ethical working practices in their supply chains, said the slavery index, which aims to help businesses identify risk. (Eco-Business)

Food and drink conglomerate Nestlé has increased the share of recyclable or reusable packaging for its products to 87%, making progress toward its 100% goal by 2025. The company has also given examples of innovation to cut plastic waste in a media briefing on Monday. The company has vowed to reduce its use of new plastics by a third by 2025 and spend up to 2 billion Swiss francs ($2.19 billion) to boost recycled plastics. Eliminating packaging is one aspect of Nestle’s strategy, while another is replacing plastic with more sustainable materials. Nestlé said it recently launched a refillable system for pet food in Chile allowing deliveries to consumers without extra packaging. Head of operations Magdi Batato said it was difficult to give a goal for the usage of paper packaging as there was no one-size-fits-all solution for all products and geographies. Plastics will also remain a component of packaging for the company going forwards. (Reuters)

Environmental group Friends of the Earth Scotland has criticised Aberdeen City Council’s decision to seek advice on reducing greenhouse gas emissions from fossil fuel company BP. The authority said it had formed the partnership to help it reach its decarbonisation targets and become a “climate positive city”. The oil giant says it wants to assist 10-15 cities globally in reaching net zero – where emissions from homes, transport, farming and industry are avoided completely or offset by, for example, planting trees. Under the agreement, which the council says is cost-neutral, expertise will be offered from BP in areas such as low-carbon energy systems, transport and heating. It will also focus on fossil fuel alternatives, such as hydrogen, which is already being used in Aberdeen to fuel some buses. WWF Scotland has given a qualified backing to the link-up but said the oil supermajor needed to be serious. (BBC)