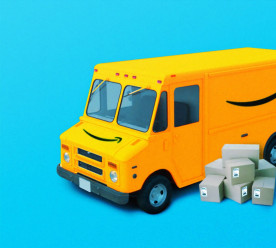 Amazon deletes 20,000 reviews after evidence of profits for posts

Tech giant Amazon has deleted approximately 20,000 product reviews, written by seven of its top 10 UK reviewers, following a Financial Times investigation into suspicious activity. Evidence was uncovered of users profiting from posting thousands of five-star ratings. Overwhelmingly, the products were from little-known Chinese brands, who often offer to send reviewers products for free in return for positive posts. Amazon’s longstanding problem with fake or manipulated reviews appears to have worsened since the coronavirus pandemic turbocharged the number of people shopping on its site. Amazon said it took such fraud seriously and used AI to spot bad actors, as well as monitoring reports from users. Unlike bloggers and influencers, who can accept and publicise free products with proper disclosure, Amazon’s community guidelines explicitly prohibit “creating, modifying, or posting content in exchange for compensation of any kind (including free or discounted products) or on behalf of anyone else”. (Financial Times)*

The Swedish power company Vattenfall have inaugurated a pilot plant in Sweden which aims to make progress towards fossil-free steelmaking. Work on the plant started just over two years ago with financial support from the Swedish Energy Agency. Tests will now be carried out at the plant in several stages for the use of hydrogen in the direct reduction of iron ore – emitting water instead of carbon dioxide. This process has the potential to reduce carbon dioxide emissions by 10% in Sweden and 7% in Finland, as well as contributing to cutting steel industry emissions in Europe and globally. The steel industry currently generates 7% of total global carbon-dioxide emissions. Swedish Prime Minister Stefan Lofven said: “Right now we have a historic opportunity to do things that provide jobs here and now – but also hasten the climate transition that everyone realises is necessary. Together we can rebuild Sweden as the world’s first fossil-free welfare nation.” (Renews)

US Companies Are Lagging on Stakeholder Capitalism

US corporate leaders remain out of step with the rest of the world when it comes to social purpose, according to a new survey on stakeholder capitalism from Diligent Institute. While 63 percent of global leaders strongly believe that a fundamental change in capitalism is underway, only 33 percent of US leaders strongly agree with that view. The idea of stakeholder capitalism is that for too long, companies have valued short-term gains for shareholders and investors at the expense of the long-term well-being of all stakeholders. According to the report one big reason for the gap between the US and the rest of the world, is the lack of regulatory pressure on U.S. companies to meet certain environmental, social and governance (ESG) benchmarks. There is an increasing pressure on US companies as calls for action from investors and society are all around them. (Triple Pundit)

New analysis from McKinsey and Global Fashion Agenda has found the global fashion sector is currently generating more emissions each year than the UK, Germany and France combined, and will fail to align with the Paris Agreement without transformational change over the next decade. The report calculated emissions from the global apparel and footwear industry in 2019, accounting for sources from raw material production to product disposal, to be 2.1 billion tonnes of CO2e, or 4% of the global total. This makes fashion a higher emitter than aviation. They identified three key priority areas for action were identified, namely upstream supply chain operations; direct operations and consumer behaviours. Acting on upstream emissions alone could deliver 61% of the reduction needed, with recommended actions including transitioning to renewable energy, improving energy efficiency and minimising waste. McKinsey and Global Fashion Agenda claim that only 50 fashion companies have comprehensive, 1.5C-aligned targets and are acting to achieve them. (Edie)

Pakistan risks locking itself into polluting and expensive electricity generation capacity if it follows energy strategies laid out in its latest power expansion plan, a new report by the Institute for Energy Economics and Financial Analysis (IEEFA) has found. The power plan, published by state-owned utility firm National Transmission and Despatch Company in April, charts a development pathway for the country’s electricity generation sector over the next 27 years. Under the plan’s base-case scenario, the South Asian nation’s imported coal power plants are estimated to run at only 14 per cent of their capacity by 2030, with utilisation rates for imported gas-fired stations set to stand at 22 per cent. Pakistan’s extensive fossil fuel plans would also see the country’s climate impacts grow substantially, causing carbon emission to almost triple by 2047 relative to 2020 levels. (Eco-Business)