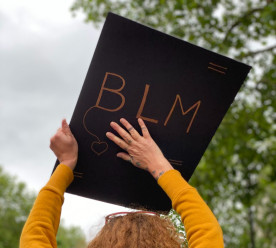 As tensions rose in the US and around the world following George Floyd’s death, tech firms have begun to take a public stance on racial injustice and made pledges aligned with the Black Lives Matter movement. PayPal pledged $530 million to support black and minority owned businesses in the United States; Apple announced it will increase spending with black-owned suppliers as part of a $100 million racial equity and justice initiative; and Google-owned YouTube said it will spend $100 million to fund black artists.

Beyond pledges, some companies are taking action in an acknowledgement of how tech products and services can deepen racial divides. Microsoft announced it will limit the use of facial recognition technology by police, while IBM has said it will stop offering the technology for “mass surveillance or racial profiling”. Most recently, streaming giant Netflix announced it will shift $100 million to financial institutions that focus on black communities. This move addresses racial inequality not through charity, as is so often the case, but instead through a shift in commercial business practice.

The recent announcements reflect a tech community that is starting to fulfil more of its corporate responsibilities on societal problems, such as racism. For some time, these companies have been criticised for not acting on the scourge of racist, harmful and false content that circulates on platforms and apps. Now, we can see pledges being put forward that go some way to leveraging the vast resources of these companies for good.

However, headline-grabbing symbolic donations are one thing, systemic change is quite another. The challenge for tech companies is that most actions on the issue are largely still reactive. Not until pressure amounts to a tipping point – or a seismic event occurs – is action taken. For such a deep-rooted and historic problem as racism, that is not enough. Tech companies must set comprehensive long-term strategies that address inclusivity through the entire value chain – from the businesses they procure from, to the way the products serve society, to the diversity of the internal teams that built them.