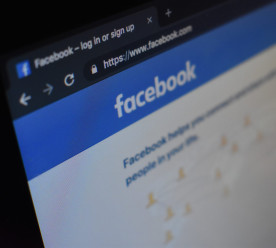 Posted in: Speaking Out, Technology & Innovation

The organisers behind a major advertiser boycott of Facebook have called a meeting with CEO Mark Zuckerberg and other executives “disappointing”, saying the company failed to commit to concrete solutions for addressing hate speech and misinformation on the platform. Officials at Facebook, including Zuckerberg and COO Sheryl Sandberg, met members of the coalition of civil rights groups over a video chat, to discuss the largest boycott in Facebook history, #StopHateforProfit, which has gained the support of more than 1,000 of its advertisers including Disney, Microsoft, Verizon and Volkswagen. But the company offered little in terms of concrete solutions, said Rashad Robinson of the Color of Change, one of the groups calling on advertisers to suspend spending as part of the campaign, known as Stop Hate for Profit. Facebook declined to commit to any specific policies or timelines and declined to commit to any of the 11 measures put forward by the coalition, the groups said in a press conference following the meeting.

The last few months have seen some social media platforms taking on more responsibility for the content on their sites than ever before; for example Twitter pledging to increase warning labels under false or misleading information. While recent events have caused some companies to jump into action, one in particular seems to be falling short. Just over one month after Facebook employees staged a rebellion over Zuckerberg’s refusal to act against Donald Trump’s violence-inciting tweet, we are faced with another example of the tech giant lagging behind. With an ever-increasing list of companies boycotting Facebook’s advertising space, and 98% of its annual revenue coming from advertising, it is only a matter of time before Zuckerberg will have to follow his peers and become a more prominent presence against hate speech and misinformation. That being said, change seems to be in progress, as only weeks after the boycott began, Facebook made the decision to remove a video interview posted by Trump, in which he said that children are “almost immune” to Covid-19. Hopefully we will see this trend continue, as big tech feels the growing pressure to become a more responsible form of social media.