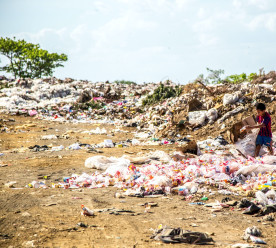 A survey conducted by cloud finance firm Ivalua, has found that 60% of businesses are cutting environment-related investment due to coronavirus. The survey asked 200 professionals within the procurement, supply chain and finance professions for an overview of how their priorities and remits had changed since the start of March. Of this cohort, 95% said their business had developed short-term plans to address environmental concerns in their direct operations and supply chains pre-pandemic. But the majority voiced concerns that these plans now face delays or downscaling as a result of the economic impacts of Covid-19. Moreover, while almost nine in ten agreed that greening the supply chain can deliver a “key” competitive, just 15 per cent said environmental factors are their top priority when working with suppliers. More broadly, the International Energy Agency (IEA) has tracked falling investment against the majority of cleantech sectors since the start of 2020. (Edie)

A company in the Samsung group will not provide any further financial backing for Adani’s coal port in Queensland or any of the company’s coal projects just days after protests targeted the group’s electronics brand. Campaign group Market Forces had written to Samsung Securities in early June asking the company to end its relationship with the Adani coal port, expressing concerns the mine’s development would open up the Galilee Basin to further coal developments that would fuel global heating. The Samsung Securities brokerage company had purchased a share of $120m of debt in the Adani-owned Abbot Point coal terminal in 2019 with another Korean firm. Samsung Electronics has said it is “a separate corporate entity from Samsung Securities and has no connection to Adani”. The company “will commit that we will not be providing further financing for the Terminal and any of the Adani’s coal projects”, an email sent to Market Forces says. (The Guardian)

The landfilling and exporting of non-recyclable waste from UK should be de-prioritised in favour of incineration, think tank Policy Connect has argued in a new report backed by the Department for Environment, Food, and Rural Affairs (Defra). ‘No Time To Waste’ report states that the UK’s waste footprint has grown steadily since 1990. As such, the UK is currently producing 27.5 million tonnes of non-recyclable waste annually, excluding plastics. The UK’s options for dealing with this waste are to either burn it to create energy-from-waste (EfW), landfill it domestically, or ship it overseas. The report states that scaling up EfW is the better choice as the UK strives to recover from Covid-19 and to prepare for the end of the Brexit transition period, dubbing it “safer, cheaper and cleaner” than landfill. Yet, Policy Connect notably does not advice using plastic waste for EfW. This would require a multi-million-pound investment from central government, complemented by equally extensive investment from the private sector. The average cost of a new EfW plant is in the region of £500m. (Edie)

Energy giant Shell has become the latest energy supplier to launch a flexible tariff, allowing householders to potentially earn money back for helping to balance supply and demand for the power grid through renewable energy. The company yesterday announced a “first of its kind” scheme designed to harness the benefits of integrating solar panels with battery storage systems in the home. The Solar Storage tariff is being launched initially as a trial by Shell Energy Retail. The service allows homeowners to earn solar bill-credits on excess electricity generated in the summer, which can then be used to reduce bills in the winter. Customers with solar panels and a sonnenBatterie – which start at around £6,500 fully installed – operating in their homes who sign up to the new tariff could earn up to a maximum of £150 in solar credits over the summer to claim back on their winter bills, Shell said. Shell estimates its tariff and accompanying battery system is suitable for around 825,000 UK homes which currently have, or are considering having, solar panels installed. (BusinessGreen)

London’s entire Tube network could be powered by renewable electricity directly purchased from wind and solar farms within the next decade, under plans unveiled today by the city’s Mayor Sadiq Khan. Transport for London (TfL) is one of the UK’s largest consumers of electricity, with its 1.6TWh annual power demand equivalent to that used by more than 437,000 average homes or roughly 12 per cent of all households in the capital. The move is aimed at testing the market for securing TfL’s electricity through Power Purchase Agreements (PPAs) with renewables generators, which it said would allow Tube trains to be supplied with power directly from wind and solar projects, rather than from the mix of clean and fossil fuel generators offered via the National Grid. “As one of the single biggest purchasers of energy in London, it is important that TfL leads the way on green energy,” said the Mayor of London, Sadiq Khan. “This is a vital step towards my ambitions for TfL – and London – to be zero-carbon by 2030.” (BusinessGreen)