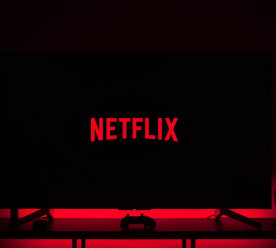 Streaming giant Netflix will shift some of its $5 billion revenues to financial institutions that focus on black communities. Netflix will bank up to 2 percent of its holdings, or about $100 million, with such lenders. It will start with $35 million, split two ways: financing a new fund, the Black Economic Development Initiative, that will invest in black financial institutions; and banking with the Hope Credit Union, a financial services company aiming to mitigate the extent to which individual characteristics, including ethnicity, limit one’s ability to prosper. The move adresses racial inequality not through charity, but via a routine commercial aspect of Netflix’s business. As the company’s cash pile grows, so might its deposits at banks like Hope. The money will have “a tremendous impact” in black communities, said Bill Bynum, Hope’s CEO “Pound for pound, no entity has a bigger impact” than a community lender, he said, pointing to a greater ability to lend to small businesses and aspiring homeowners.  (NY Times)

McDonald’s to install EV chargers at all UK drive-thrus

Fast-food giant McDonald’s is to install EV charging points at all ‘drive-thru’ restaurants in the UK, although the deadline for the rollout has not been confirmed. The charging points will be compatible with all electric car models currently on the UK market, and will have a 125kW rapid-charging function. InstaVolt claims that this feature will enable many models to reach 80 per cent of their maximum range on a 20-minute charge. McDonald’s will make the chargers accessible on a pay-as-you-go basis for customers while working to fine-tune its company car strategy and make them accessible to restaurant staff. Staff who are eligible for company cars have been offered fully electric and hybrid options for more than a year, but McDonald’s claims the new infrastructure should boost the uptake of this benefit. McDonald’s UK & Ireland follows the likes of supermarkets Lidl, Morrisons, Tesco in increasing investments in EV charging points for customers. Green groups have been pressing for specific provisions for EVs in the package, given that transport has been the UK’s most-emitting sector since 2016. (Edie)

A fund backed by mainly US-based philanthropies will invest up to US$50 million in the earliest stage of renewable energy investments in Asia. One of the main reasons why Southeast Asia’s transition to clean energy has been so slow is that investors are unwilling to take on the risk of early-stage projects that, for a variety of reasons, could fail. The hesitance of investors has been exacerbated by the Covid-19 pandemic, but a group of philanthropic organisations is attempting to ease the funding gap for early-stage projects. Managed by Singapore-based investment company Clime Capital, the fund, called the Southeast Asia Clean Energy Facility (SEACEF), is supported by a number of large international climate foundations and is the first of its kind to address the highest risk part of renewables investments. Among the foundations are United States-based Bloomberg Philanthropies, Sea Change Foundation International, Wellspring Climate Initiative, High Tide Foundation, Grantham Foundation. The philanthropies are investing an initial US$10 million into SEACEF and are later looking to attract up to US$40 million in additional capital. (Eco-Business)

South Korea’s largest state-owned electric power distribution company and government banks will invest in a proposed coal power venture in Indonesia after years of deliberation, contradicting the ruling party’s pledge that it would phase out coal finance. Government-owned utility Korea Electric Power Corporation (Kepco) said on Tuesday (30 June) it will hold 15 per cent equity in the Jawa 9 & 10 coal-fired power project sited near the Indonesian capital Jakarta, according to media outlet Asia Today. Kepco’s stake in the controversial venture will see the firm invest US$51 million in addition to providing a shareholder loan guarantee of US$250 million. Korean government-owned banks Export-Import Bank (Kexim) and Korea International Trade Insurance Corporation (Ksure) will contribute the bulk of the financing, with US$1.4 billion in investment. The move comes three months after President Moon Jae-in’s party, the Liberal Party of Korea, announced its Green New Deal package. (Eco-Business)

YouTube has banned some prominent white supremacist channels as internet companies face a backlash over racist content. The Google-owned video platform said the channels had violated its policies that prohibit hate speech. In recent days social media companies have been been boycotted by a number of major advertisers. On Monday, car producer Ford joined a growing list of global brands that are pausing social media advertising during July. In a statement YouTube said: “We have strict policies prohibiting hate speech on YouTube and terminate any channel that repeatedly or egregiously violates those policies.” “After updating our guidelines to better address supremacist content, we saw a 5x spike in video removals and have terminated over 25,000 channels for violating our hate speech policies,” it added. The channels that have been banned include some of the internet’s most high-profile far-right commentators. Separately, Amazon‘s live video streaming site, Twitch has temporarily banned US President Donald Trump, citing “hateful conduct” in his posts. (BBC)