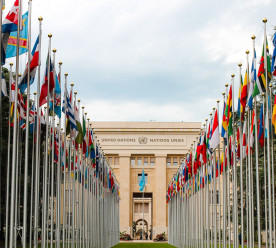 The US is to join an international summit on the climate emergency and green recovery from covid-19 with other major powers including China, India and the EU. US participation is seen as crucial given the White House is due to pull-out of the Paris agreement, with effect from 4 November. The idea of a green recovery to prevent a dangerous rebound in greenhouse gas emissions to above pre-Covid-19 levels has been gathering steam, but few governments have yet committed to plans. Next week, the International Energy Agency will host an online summit covering 80 per cent of global emissions. It aims to set out plans for boosting renewable energy, energy efficiency and other emissions-cutting projects that would generate tens of millions of “shovel-ready” green jobs around the world to replace those lost in the pandemic. Research has already found that pursuing a green recovery would create more jobs and a greater return on investment in both the short and the long term than a return to business as usual. (The Guardian)

China’s CO2 emissions surged past pre-coronavirus levels in May

China’s CO2 emissions have surged back from the coronavirus lockdown, rising by 4-5 per cent year-on-year in May, analysis of new government data shows. Emissions fell an estimated 25 per cent in the six weeks following the lockdown, from early February to mid-March, before bottoming out, as factories and power plants reduced output. Road and air traffic also fell dramatically. But the latest data shows the rebound in emissions has been rapid, as evidenced by the return of air pollution to pre-crisis levels. The latest official data shows the rebound has been rapid, with China’s fossil CO2 emissions increasing by around 4-5 per cent year-on-year in May. The increase in CO2 in May was driven by coal power, cement and other heavy industries, which appear to be bouncing back faster than other sectors of the economy. Energy-intensive industrial and construction sectors appear to be recovering faster than less emitting services and consumption, but the surge could be short-lived. (Eco-Business)

New research led by the UN Environment Programme (UNEP) and non-profit fighting deforestation Global Canopy published today (30 June), condemns financial firms for not doing enough for the protection of biodiversity. The research states that none of the world’s largest 75 asset managers has a dedicated biodiversity policy for their operations or portfolios, leaving them poorly prepared to comply with the upcoming Global Biodiversity Framework. The framework is due to be finalised at the 15th COP on biodiversity. It will serve as a ‘Paris-style’ agreement designed to avert Earth’s sixth mass extinction. The EU is also in the process of developing its Biodiversity Strategy through to 2030 as part of its €750 billion Covid-19 recovery. In a bid to change these trends, the report provides a step-by-step guide to biodiversity target setting for financial institutions. In addition to setting targets for their portfolios, financiers should set time-bound, numerical targets for increasing investments in restoration, conservation and supply chain transparency, the report urges. (Edie)

Environmental experts have criticised a “new deal” for post-Covid economic recovery proposed by British Prime Minister Boris Johnson for a lack of focus on the climate emergency. The prime minister wants to use the coronavirus crisis “to tackle this country’s great unresolved challenges” through a “new deal”.  Ministers, including Mr Johnson, have been promising a bold green recovery package to create jobs whilst cutting carbon emissions. In the pre-released summary of his speech the Prime Minister did pledge to “build back greener” – but some environmentalists consider his response inadequate. The think tank Green Alliance calculates that ministers need to spend £14bn to meet CO2 targets, but the government is spending £9bn on some projects that actually harm the climate. Environmental experts are concerned that without a green recovery strategy in place, and without clear low-carbon directives, the Boris Johnson’s call to “build, build, build” will result in high-carbon infrastructure. (BBC, The Guardian)

A new study finds evidence of microplastics in the air

Research analysing dust in the Grand Canyon, US, has found that up to 6 percent of the dusts are microplastics and that more than 1,000 metric tons are deposited in those places every year by wind and rain. Consequently, the concentration of microplastics in cities is thought to be even higher. Inhaled plastics can produce inflammation and lesions in lungs, and repeated exposure is suspected of leading to respiratory problems like asthma and cancer. Inhaling microplastics may also increase exposure to other toxic substances and coatings associated with plastics and their manufacture. Natural dust, which include dusts generated by humans, and industrial dusts can also contain dangerous components, like the pathogen Coccidioides, a soil-borne fungus that causes valley fever, which can produce flulike symptoms. Industrial, urban and agricultural dusts often contain heavy metals as well as synthetic toxins. Outdoor air pollution causes roughly seven million premature deaths a year and is associated with pulmonary diseases, even when adjusted for underlying risk factors. (NY Times)