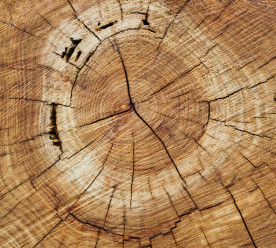 Unilever, one of the world’s largest consumer goods companies, is to change the name of its Fair & Lovely skin lightening cream, one of India’s most popular skincare products, becoming the latest multinational to alter product ranges under pressure over racial stereotyping. The move to rebrand the 45-year-old product follows a decision by rival Johnson & Johnson last week to stop selling skin-lightening lotions as part of its Neutrogena and Clean & Clear ranges. Such products are popular across Asia and the Middle East but have long faced criticism over their implicit message that light skin is preferable to darker skin tones. Fair & Lovely makes more than $500 million a year for the company in India alone. Sunny Jain, president of the company’s beauty and personal care division, said: “We recognise that the use of the words ‘fair’, ‘white’ and ‘light’ suggest a singular ideal of beauty that we don’t think is right, and we want to address this.” (Financial Times)*

More than 40 environmental groups have called on Japan’s manufacturing company Nippon Paper Group to remove timber logged in native forests in Victoria, Australia, from its supply chain. The environment groups stressed the recent Australia bushfire disaster exacerbated loss of habitat for endangered species already being threatened by native forest logging that Nippon Paper Group “has a direct stake in”. “These forests need to be allowed to recover from bushfires, rather than be ground up to supply paper mills,” Gemma Tillack, the forest policy director of the Rainforest Action Network, said. In a federal court judgment last month, VicForests, a Government backed enterprise operating in the Australian state of Victoria, had breached the code of practice in its regional forestry agreement, a bilateral agreement between the state and federal governments. As a result of this, the court found logging by VicForests was not exempt from national environment laws and the agency had breached and threatened species protections. The interim report from the review of Australia’s Environment Protection and Biodiversity Act is due next week. (The Guardian)

Most oil majors’ net-zero strategies are greenwash, with US firms faring the worst, according to report

Oil and gas majors are broadly failing to take responsibility for their entire emissions footprint according to new analysis from think tank Carbon Tracker, which analysed the climate targets of nine large oil and gas firms. The research found that six of the firms – Shell, Total, Equinor, Chevron, Conoco–Philips and Exxon–Mobil – have designed their climate ambitions in a way that will enable them to shirk responsibility for all or some of their Scope 3 (indirect) emissions, particularly emissions generated by the burning of their products by the end-user. Scope 3 emissions can account for as much as 95% of an oil and gas firm’s overall carbon footprint. Carbon Tracker has previously undertaken research concluding that the world’s largest oil and gas companies must cut combined production by 35% by 2040 if nations are to meet the collective ambitions of the Paris Agreement. This cut would only be sufficient to cap the temperature increase at 2C.  Yet, the performances of some oil giants such as Chevron and Conoco-Phillips, will only reduce their overall emissions by 3% by 2050, against a 2018 baseline, report says. (Edie)

Australia’s central bank has joined 60 others, including the Bank of England, to warn of climate risk to the economy and financial sector. More than 60 central banks have now warned that global GDP could fall by 25 percent by 2100 if the world does not act to reduce global greenhouse gas emissions. They suggested if the world acted to limit emissions to net zero by about 2070, giving a 67 percent chance of limiting global heating to 2C above pre-industrial levels, the impact of the climate crisis on global GDP could be about 4 percent. Their launch follows warnings from financial regulators of the economic threat posed by the climate crisis. Former Bank of England governor Mark Carney last year warned it was possible the transition needed to tackle the climate crisis could result in an abrupt financial collapse, and the risk of collapse would grow the longer action was delayed. (The Guardian)

New report by the Committee on Climate Change for green transformation

The UK independent Committee on Climate Change (CCC) issued a new report in support of net zero, onshore renewables, transport decarbonisation, coal power phase out, claiming there is far too little progress on numerous other fronts. For example, building energy efficiency, industrial decarbonisation, and climate resilience are looking particularly neglected. The CCC report has become arguably the most comprehensive addition yet to the library of studies making the case for a green recovery that both creates jobs, boosts the economy, bolsters climate resilience, and accelerates decarbonisation efforts. The document confirms that a new report on how to enhance the UK’s medium term carbon targets will not come until December, meaning it is possible the host of the COP26 Summit may miss the end of 2020 deadline to submit its enhanced Nationally Determined Contribution (NDC) climate action plan to the UN. Finally, through this publication, the CCC provides a comprehensive and compelling roadmap for engineering a strong green transformation. (Business Green)

Image source: wood slice by Sarah Worth on Unsplash