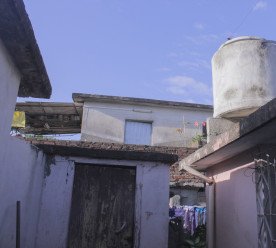 Global climate finance insufficient to ‘save lives and livelihoods’, according to new analysis

Water and hygiene NGO WaterAid has found that half of all countries receive less than £4 per person, per year, to spend on water-related climate mitigation and adaptation. This is the headline finding of new analysis assessing data on climate finance, state of water access and climate vulnerability to measure the gap between existing funding and the level needed through to 2050. Finance from governments, other public sector sources, investment firms, individual investors and businesses were all included in WaterAid’s calculations. While a finance gap was found in the majority of global nations, it was more pronounced in developing nations across Africa, Asia and South America. WaterAid is using these findings to campaign for a rapid ten-fold increase in climate finance for water service adaptation, prioritising nations where universal clean water access is not yet available. The campaign is expected to receive backing from a swathe of businesses, including brewing giant Diageo at a launch event in London next week. (Edie)

Nine out of 10 people found to be biased against women in politics, economics, and education

Despite progress in closing the equality gap, 91 percent of men and 86 percent of women hold at least one bias against women in relation to politics, economics, education, violence or reproductive rights. The Gender Social Norms Index measured data from 75 countries that, collectively, are home to more than 80% of the global population. It found that almost half of people feel men are superior political leaders and more than 40 percent believe men make better business executives. The figures are based on two sets of data collected for a recent UN Development Programme (UNDP) report from almost 100 countries through the World Values Survey, which examines changing attitudes in almost 100 countries and how they impact on social and political life. The figures cover periods from 2005-09 and 2010-2014, the latest year for which there is data. The study comes as rights campaigners call on world leaders to accelerate action to meet global targets on gender equality. (The Guardian)

Human-caused global warming significantly increased the chances of extreme fires in Australia, an international study has found. The research, conducted by a team of climate scientists at World Weather Attribution (WWA), an international aggregation for studies on climate change, found that the devastating bushfires in Australia in 2019 and 2020 were at least 30 percent more likely because of climatic changes caused by humans. The researchers found a direct link between anthropogenic climate change, extreme heat and the fires. But it was impossible to directly link Australia’s record low annual rainfall in 2019 with climate change or the fires. If this link could be properly established, the increased risk of fires as a result of climate change would likely be even higher than 30 percent. Scott Morrison, Australia’s prime minister, has downplayed the role of climate change in exacerbating the bushfires and prefers to focus on adaptation and resilience rather than mitigating the problem. (Eco-Business)

Telecommunications giant O2 has pledged to achieve net-zero across its entire business and mobile network by 2025. Meeting the 2025 target will require O2 to work with landlords that support its network to switch to 100 percent renewable energy – given that the firm already uses 100 percent renewable energy in all operations and facilities where it has direct control of billing. O2 will also support the installation of energy efficiency measures and other “technical and energy transition solutions” across its owned facilities and those operated by third-party landlords. These measures will build on the progress of its network’s ‘smart turn-off’ function, which uses automation to automatically drop capacity when demand is low. Emissions footprinting exercises have shown O2’s largest source of Scope 3 emissions to be through its upstream supply chain. To that end, O2 has set a new commitment to cut supply chain emissions by 30 percent by 2025. O2 has already been certified to the highest possible level of supply chain management to reduce greenhouse gas emissions by Carbon Trust. (Edie)

The European Commission officially unveiled its ‘Climate Law’, aimed at making the EU carbon neutral by 2050. In a proposal, the president of the European Commission, Ursula von der Leyen presented the new provisions on climate change. Under the proposed legislation, the EU will have to slash its greenhouse gas emissions significantly by mid-century and hit an increased 2030 target, yet to be determined. However, criticism raised as under current climate rules, the EU as a whole must reduce its greenhouse gas output by 40 percent by 2030, compared with 1990 levels. This target has been branded insufficient because it predates 2015’s Paris climate accord. Last year, while seeking to assure support for her Commission presidency, von der Leyen pledged to increase the benchmark in order for the EU to do its fair share in emission reductions. Now, a negotiation on the commonly-agreed version of the Climate Law will follow. Swedish climate activist Greta Thunberg criticised the plan as a “surrender”. (Edie)