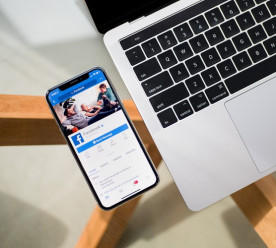 Almost a million Virgin Media customers had their personal details stored on a marketing database that had been left unsecured since last April, the broadband provider has admitted. The database contained contact details, such as name, home and email address and phone numbers for users, as well as technical and product information about some of their devices. The company said it has contacted all 900,000 of the affected individuals and told the global business news provider the Financial Times that they make up about 15 percent of its fixed-line customer base. Virgin Media warned customers that they may be victims of identity theft as a result of the stolen personal details and advised concerned customers to contact Action Fraud if they think they have been targeted. The information would also be useful to would-be scammers planning to carry out phishing attacks or fraudulent phone calls, in the hope that they could convince their targets that they are the legitimate representatives of Virgin Media. (The Guardian)

South Korean trading giant to compensate for past deforestation in Papua

South Korea’s largest trading company, Posco International, has released a zero-deforestation policy and pledged to compensate for areas of forest in Indonesia’s Papua region that it is responsible for clearing. The company has 34,000 hectares of palm oil plantations in Papua and has been called out for destroying nearly 15,000 hectares of primary forest. On top of its commitment, Posco International will also require third-party suppliers to observe its ‘No Deforestation, No Peatland, No Exploitation (NDPE)’ policy. Under its new palm oil policy, it will not develop plantations on peatlands and areas with high conservation value (HCV) and high carbon stock. By the fourth quarter of this year, it will develop forest restoration or conservation plans for areas outside its current concession areas, to make up for deforestation before October 2017. Other palm oil businesses have made similar restoration pledges, including multinational investment company Gama, food corporation Cargill, and Indonesian oil palm company Eagle High. (Eco-Business)

Business giants including goods company Unilever, flooring manufacturer Interface, and Coca-Cola have called for the new European Industrial Strategy to focus heavily on decarbonisation. This includes a way that sets out clear strategies for investment into low-carbon solutions and provides price incentives for new goods and services. Convened through the European Corporate Leaders Group (CLG Europe), major businesses have obtained a leaked version of the European Union’s Industrial Strategy, which is set for publication on 10 March alongside a new Circular Economy Action Plan. According to CLG Europe, the strategy will implement a set of measures across policies and sectors which focus heavily on circular economy, digitalisation, trade and finance. However, CLG Europe is calling for clarity and direction on many low-carbon innovations, including carbon capture and storage (CCS), biomass use and clean hydrogen production. The business group has also called for incentives to be provided to spur market demand across the bloc for low-carbon goods and services, namely through robust carbon pricing. (Edie)

Multinational tyre manufacturing company Goodyear has unveiled designs for new ultra-durable tyres made from biodegradable materials, which it claims can both “self-regenerate” and adapt to changing road conditions. The move is aimed at helping electric car drivers cut down on maintenance costs and waste. The ‘reCharge’ tyre concept utilises sustainable, biological material and enables drivers to “recharge” the tread using customisable liquid capsules, which the US firm said would enable the tyres to regenerate and adapt over time to different climatic or road conditions. The design would simplify the process of fixing punctures and replacing tyres, while the also allowing tyres to be customised to a particular car or driver’s needs based on driving data captured via artificial intelligence technology. Moreover, the tyre treads would be made from extremely durable and 100 percent biodegradable material, according to Goodyear. The compound itself would be made from a biological material and would be reinforced with fibres inspired by one of the toughest natural materials in the world – spider silk. (Business Green)

Automotive group Volkswagen (VW) has teamed up with energy giant Centrica in a bid to accelerate electric vehicle (EV) adoption across the UK, with the two firms today announcing a three-year partnership to provide home charging systems for new plug-in vehicle owners. Initially, the agreement will cover new owners of VW car brands SEAT, ŠKODA, and Volkswagen Commercial Vehicles, with plans for Audi to also join later this year. The German carmaker said the partnership would help ensure a smooth and cost-effective transition to EVs for its customers. The alliance is aimed at supporting Volkswagen’s major EV push, which has seen the firm commit to introducing 80 electric and plug-in hybrid models globally by 2025. The automotive giant is set to release its flagship ID.3 EV model this summer, having in January ramped up its overall production forecast to one million EVs by 2023. The agreement signals a major vote of confidence in the rapidly growing electric mobility market. (Business Green)

iPhone X beside MacBook by Tim Bennett on Unspash