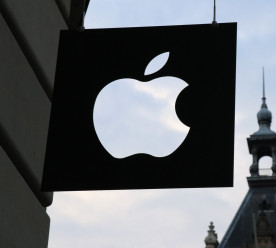 Apple may be forced to disclose censorship requests from China

Tech giant Apple could be forced to disclose details of censorship requests from China and other nations after two major shareholder groups backed a proposal forcing the company to make new human rights commitments. The motion, set to be voted on by the company’s investors, was prompted by numerous allegations of Apple bending to the demands of Beijing and blocking apps for Chinese customers. Apple said in its statement that free expression “is central to our company and its success” but that it is obliged to “comply with local laws and to protect the safety of our customers and employees”, including through the removing of apps. If approved by investors, the scheme could have implications beyond China and potentially expose details of tensions between Apple and other jurisdictions. Apple has regularly clashed with the US government, most prominently over requests for iPhones to be unlocked. (The Guardian)

Many of the world’s largest mining companies are choosing to omit mentions of their negative environmental and social impacts from their annual report, a new report has warned. The study by the Responsible Mining Initiative (RMI) ranks 38 of the world’s largest mining firms on their efforts to deliver against what it describes as 10 “basic principles” of responsible business. The RMI tracked whether each firm’s pledges, and the actions they had taken to deliver them, were aligned with the UN’s Sustainable Development Goals (SDGs) framework. The RMI noted that the businesses ranked the highest had only delivered “modest overall improvement” against the range of issues assessed between 2018 and 2019, while those which ranked lowest have made “weak efforts to track, review and act to improve the effectiveness of their actions”. RMI acknowledged that the sector is at risk of “SDG-washing” – claiming SDG alignment while failing to deliver adequate positive impact. The RMI is warning that this trend could lead to a lack of trust among investors, consumers and employees. (edie)

Nest, the UK’s largest pension fund with 8.5 million members, has called on Barclays to present a “clear and robust plan” to phase out financing some fossil fuel companies as the bank faces growing pressure over its role in global warming. The proposal asked the bank to stop financing energy companies that are not aligned with the Paris Agreement to tackle global temperature rises. Barclays ranks as the world’s sixth-largest backer of fossil fuels and the largest financier of fossil fuel of any European bank, exceeding its peers by $27 billion, according to campaign group Rainforest Action Network. Adam Matthews, directors of ethics and engagement at the Church of England Pensions Board, said the resolution at Barclays was the latest sign that investor attention on the issue of climate change was shifting to the finance sector. Since the resolution was filed, Barclays has approached large shareholders to discuss the proposal. Several said they were weighing up whether to support the resolution. (Financial Times*)

Alphabet, the parent company of Google, has failed to quell a revolt from shareholders over its human rights policies in the latest investor campaign targeting the harmful effects posed by large technology companies. At least 10 large shareholders in Alphabet have co-filed a resolution calling on the company to strengthen its oversight of the human rights risks posed by its business. The extending influence of tech giants has led to concerns that rapidly evolving technology could damage individual freedoms, such as freedom of expression and privacy. The investor resolution calls on the company to set up an independent committee at board level tasked with monitoring human rights risks in its products and value chain. They are also worried about how the company’s algorithms could exacerbate bias, reinforce discrimination and facilitate disinformation, incitements to violence or hate speech. Larisa Ruoff, head of shareholder advocacy at Loring, said the lack of board-level oversight of human rights was “a huge red flag” for a company of the size and magnitude of Alphabet. (Financial Times*)

Green finance first touches down in the aviation industry

A deal between multinational bank BNP Paribas and airline JetBlue has linked a revolving credit facility to an airline’s sustainability performance. The move amends an existing $550 million Senior Secured Revolving Credit between the firms by adding a pricing mechanism that connects the loan’s applicable margin and commitment fee to the US airline’s environmental, social and governance (ESG) score. The score is calculated by Viego Eiris, an international provider of ESG research and services. The green finance mechanism builds on JetBlue’s recent sustainability pledges, announced earlier this year, which have seen the company set a goal to deliver ‘carbon neutrality’ on all domestic flights by offsetting emissions from jet fuel, a move that should eliminate more than 17 billion pounds of CO2 emissions a year. BNP Paribas has pioneered a host of sustainable finance transactions in recent years, coordinating sustainability-linked financing arrangements with consumer goods powerhouse Bunzl and coffee giant Neumann Kaffee Group in recent months. (Business Green)

Image source: Apple logo in front of a building by Medhat Dawoud on Unsplash.