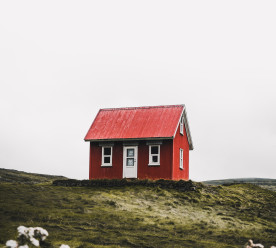 Tech giant Apple has announced a $2.5 billion plan to address the housing crisis in California, becoming the latest big tech company to devote money to a problem that local lawmakers and economists believe it helped create. The iPhone maker’s plan includes a $1 billion investment fund for affordable housing and another $1 billion to buy mortgages. Apple also intends to make a 40-acre, $300 million property it owns in San Jose, available for new affordable housing. Apple’s housing plan is a response to the increasing pressure Silicon Valley’s tech giants are under to play a more active role in the region’s housing crisis. As local tech companies big and small have boomed, they have flooded the region with hundreds of thousands of highly paid employees. But the supply of housing has failed to keep pace, and prices have soared. The median home value in San Jose, California, is now nearly $1 million, roughly double the price from 2012, according to real estate site Zillow. (New York Times*)

Thirty-thousand people across the UK have been randomly chosen to take part in a citizens’ assembly on the climate emergency convened by MPs. Invitations to the assembly, which will be held over four weekends in Birmingham from January to mid-March, are due to arrive from Wednesday next week. Only 110 of the 30,000 people will take part in Climate Assembly UK, at which they will be asked to discuss how the UK should respond to the climate emergency and what policies they would like to see implemented to meet the target of net-zero carbon emissions by 2050, now enshrined in law. Those selected to take part will be demographically representative of the country. Citizens’ assemblies have previously been used in other countries to respond to complex and emotive national issues, such as abortion in Ireland. The £520,000 cost of Climate Assembly UK is being met partly by the House of Commons, providing £120,000, with the rest split between two philanthropic foundations, the Esmée Fairbairn Foundation and the European Climate Foundation. (The Guardian)

Key finding of French consultancy Capgemini’s World Energy Markets Observatory report stated that global energy demand rose by 2.3 percent year-on-year in 2018 – a trajectory which, if sustained, will leave the world unable to meet international climate goals including the Paris Agreement. The report tracks key climate and energy-related trends on an annual basis, taking into account national and international data surrounding policy frameworks, emissions and energy investment. It noted that the only developed nation to have reduced its demand significantly was Germany, which recorded a 2.2 percent reduction. In context, global energy demands have typically grown around 1.2 percent annually since 2010. In similar news, a report by think tank, Carbon Tracker, has called out the world’s largest oil and gas companies to cut combined production by 35 percent by 2040 if nations are to meet the Paris Agreement ambitions and limit global warming to below 2C. According to the report, the world’s carbon budget to limit temperature rise to 1.5C and 1.75C will be exceeded in 13 years and 24 years respectively. (edie; edie)

Tech giant, Microsoft Japan, said sales had been boosted by nearly 40 percent during an experiment, entitled the ‘Work Life Choice Challenge’, in which staff worked a four-day week on full pay. Offices were closed on every Friday of August 2019 and full-time staff were given “special leave”, which was paid. Meetings were restricted to a maximum of 30 minutes and online discussions were encouraged as an alternative to face-to-face. The experiment followed a 2017 survey that suggested nearly a quarter of Japanese companies had employees working more than 80 hours overtime a month, often unpaid. Microsoft said it was planning to implement a second Work Life Choice Challenge this winter but would not offer the same “special leave”. In contrast, Jack Ma, co-founder of Chinese online shopping giant Alibaba, has championed 12-hour working days. In April 2019, he described the “996” pattern, in which workers do 09:00-21:00 shifts, six days a week, as “a blessing”. (BBC)

UK retailers are taking positive steps to reduce food waste, cutting back on packaging and tweaking guidance on shelf-lives, although more changes could easily be implemented to reduce the country’s annual food waste bill, according to waste advisory body WRAP in its latest Retail Survey. Researchers visited nearly 60 supermarkets and examined 2,000 food products, finding that a quarter of all prepacked unprepared food produce now carries no date label, while the available shelf life of other products has increased. Shelf lives on milk had increased by an average of 1.5 days, for example – a move that was welcomed by WRAP, which had noted in previous research that an extra day could help reduce household milk waste by more than 20,000 tonnes a year. The survey also welcomed wider deployment of WRAP’s ‘Little Blue Fridge’ logo, which indicates when foods can stay fresh longer when refrigerated at home. The appearance of the snowflake logo also increased, climbing from 15 to 50 percent of products surveyed, indicating an item can be frozen. (Business Green)