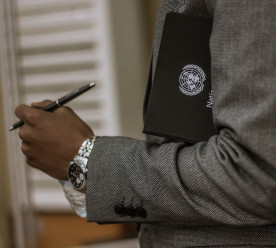 Growing inequality and climate change will not only derail progress towards global sustainability goals but threaten human existence, leading scientists said at the United Nations. UN Member nations unanimously adopted 17 Sustainable Development Goals (SDGs) in 2015, setting out a wide-ranging list tackling conflict, hunger, land degradation, gender equality and climate change by 2030. The independent panel of scientists investigated the ways and systems in which humans and the environment are linked and interact, stating that we are on “a worrying trajectory”. They reported that countries must put into practice ways to address vast gaps in wealth distribution and access to economic opportunities and technological advances that undermine innovation and economic growth. It also called on nations to focus on food and energy production and distribution, consumption and urban growth to find ways of building sustainable development. The cost of implementing the global goals has been estimated at $3 trillion a year. (Thomson Reuters Foundation)

Climate Minister, Lord Duncan, promises major revamp of 2017 document that set out how UK planned to meet climate goals. The move was revealed when Liberal Democrat, Lord Teverson, asked if the UK’s strategy will be updated as it was first drawn up when the UK’s target was for an 80 percent emissions cut against 1990 levels.  In June, former Prime Minister Theresa May announced the UK’s climate change targets needed to be strengthened to meet a net zero emission goal by 2050, following advice from its advisors at the Committee on Climate Change (CCC). However, the Committee had said that the target is only possible if “clear, stable, and well-designed policies to reduce emissions further are introduced across the economy without delay”. Nick Molho, executive director of the Aldersgate Group, an alliance of leaders for a sustainable economy, said the strategy should focus on accelerating investment in energy efficiency, low-carbon heat for buildings, electric vehicle uptake and decarbonising the power sector. (Business Green)

Retailers in Malaysia and Indonesia should ensure shoppers can easily find foods made with sustainable palm oil, instead of refusing to stock products that steer clear of the controversial oil, environmentalists have said. Palm oil is the world’s most widely used edible oil, but the $60 billion global palm oil trade has been targeted by green activists for contributing to forest loss and fires, as land is cleared to plant palm trees, besides exploiting workers. Paula den Hartog of the Rainforest Alliance, a U.S.-based non-profit working on responsible business, said backing palm oil produced in line with environmental and ethical standards would be “the most constructive way forward”. She adds that bans tend to be ineffective in solving environmental and human right issues. Endorsing products that highlight their avoidance of palm oil creates disincentives for producers who have worked to achieve sustainable certification, analysts said, so it is key for products containing sustainable palm oil to be promoted and easier to find for conscious consumers. (Reuters)

Air New Zealand’s bid to trademark the image of the Maori words “Kia Ora”, the title of its in-flight magazine, has prompted threats of a boycott. The phrase is a Maori greeting and the trademark attempt has sparked anger from the indigenous community. The New Zealand Maori Council described the move as “cultural misappropriation”. Air New Zealand has faced other controversies involving the Maori community, which make up about 15% of the country’s population. It recently said it would end a ban on staff having visible tattoos after the restrictions drew criticism of the airline’s treatment of Maori culture. Air New Zealand said it had “great respect” for the Maori language and that the trademark application only referred to the airline’s in-flight magazine title and protecting the logo. However, Mr Tukaki, head of Maori Council, fought back saying that to not only “trademark a word that does not belong to them but call it a logo is quite frankly despicable”. (BBC)

Hubbub and Starbucks invest in circular economy for coffee cups

As part of its partnership with cafe chain Starbucks, environmental charity Hubbub has been awarded funding to a string of projects aimed at creating a circular economy for coffee cups. The scheme called ‘The Cup Fund’, has seen 12 start-ups across the UK receive a grant of between £50,000 and £100,000 each to scale up their innovative products, systems and concepts. The scheme provides a box to offices, in which workers are encouraged to deposit their used coffee cups. Once full to their 700-cup capacity, the boxes are collected by Royal Mail and sent to be recycled. The funding for the grants was raised through Starbucks’ 5p levy on paper cups, which it introduced to all 970 of its UK stores last summer. Although the UK now has enough specialist recycling facilities to process all of the disposable paper cups used nationwide every year, behaviour change and financing challenges are still preventing organisations throughout the on-the-go drinks sector’s value chain from collecting the cups and transporting them to these facilities. (edie)