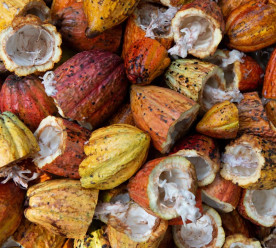 Ivory Coast and Ghana, who collectively produce two-thirds of the world’s cocoa, will meet with major chocolate makers and grinders to make plans to regulate the industry’s efforts to source cocoa sustainably. The plan comes after attempts by the industry to self-monitor sustainable sourcing practices and wipe out the blight of child labour and deforestation from the cocoa sector. However, industry fears the new move might represent a major and costly overhaul of the certification schemes they use to boost their brands in highly competitive markets where both consumers and investors are growing increasingly eco-conscious. A fixed “living income differential” of $400 a tonne has already been imposed on all cocoa sales for the 2020/21 season in a bid to tackle pervasive farmer poverty and deforestation. Although, many traders do not want to commit to paying the living income differential until the changes to certification schemes are made clear. (Reuters)

California lawmakers have passed a bill allowing gig economy workers holiday and sick pay. Judges ruled that workers should be considered employees under state law if they are integral to a company’s business or it tells them what to do. Estimates suggest costs for gig-economy firms, such as ride hailing companies Uber and Lyft, would increase by 30% if they have to treat workers as employees. Opponents to the bill state it will hurt people who want to work flexible hours. Uber and Lyft joined forces to push back again the bill and have proposed a referendum on the decision. Lyft stated they are prepared to take the issues to the voters to “preserve the freedom and access drivers and riders want and need”. They suggested a guaranteed minimum wage of $21 per hour instead of the sweeping changes the bill would bring. However, the state’s governor Gavin Newsom is still expected to sign the bill into law. (BBC)

Consumer goods giants, Clorox, Procter & Gamble (P&G) and Henkel are among a group of businesses selling cleaning products to have co-launched a campaign aimed at driving the sector towards “net-positive” environmental and social impact. The campaign, “Our Future is Clean”, is being facilitated by the American Cleaning Institute (ACI), a business-led organisation representing the US cleaning products supply chain. The ACI estimates that firms account for 0.5 percent of global greenhouse gas emissions, excluding emissions relating from cleaning-related activities at consumer level. The campaign will showcase the decarbonisation progress while also urging other firms to take more ambitious and rapid action. The ACI claims that direct and power-related emissions from the cleaning product formulation sub-sector fell more than one-third (37 percent) between 2008 and 2018, largely through investments in renewable energy, energy efficiency and circular economy measures. However, its reported that 66 percent of ACI members have not set time-bound numerical targets to reduce emissions, improve energy efficiency or increase the use of renewable energy. (edie)

Nissan boss to step down amid pay scandal

The chief executive of Japanese automobile manufacturer, Nissan, will step down at the end of this week following executive pay scandal. Hiroto Saikawa had come under pressure after saying he had been overpaid as part of a bonus scheme, following an internal investigation that revealed falsified documents that boosted his compensation in 2013 by about $900,000. The investigation was originally launched to look into former Nissan chairman Carlos Ghosn and board director Greg Kelly, who Nissan believes concealed more than $327 million in payments to themselves and other executives which included $187 million in nondisclosed compensation and $140 million in improper expenditures. However, Ghosn faces accusations of financial misconduct and breach of trust but denies any wrongdoing and has said his arrest in Japan was the result of a “plot and treason” against him. (BBC; CNBC)

TUC and Amnesty come out in support of student climate strikes

The Trades Union Congress (TUC) has urged members to support student climate strikers on 20th September as Amnesty International called on head teachers worldwide to back their global protests. Millions of students and young people have taken part in climate strikes around the world in a movement inspired by climate activist Greta Thunberg. The strikers are demanding their governments recognise the severity of the unfolding crisis and take appropriate action. Delegates at the TUC have unanimously backed a historic motion to support the school students’ global climate strike and for all TUC unions to take action on the day. Secretary General of Amnesty International, Kumi Naidoo, has written to almost 25,000 schools in the UK and 2,000 more in Canada, Hungary, Spain and New Zealand, urging them to let pupils take part in the global climate strikes without being punished. (The Guardian)