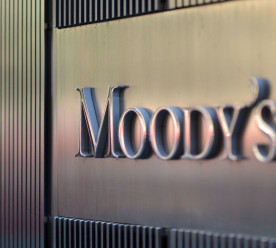 Moody’s, the credit rating agency, has begun consulting on a new scoring framework for assessing how well positioned companies are for the transition to a low-carbon economy. This is just the latest in a string of announcements this year by the Big Three credit raters (Moody’s, Fitch and S&P), as they look to capitalise on investors’ growing appetite for environmental, social and governance (ESG) data.

Nearly two years ago, the G20 Taskforce for Climate-related Financial Disclosures (TCFD) launched its final set of recommendations, bringing climate risk into the spotlight. In January, former SEC Chair Mary Schapiro said that uptake of the recommendations was “slower than it should be”, with many investors failing to move beyond their initial statements of support, and many companies failing to report investor-relevant data. In this context, Moody’s announcement marks a potential milestone in the way that the TCFD recommendations are understood and acted upon by the investment community.

Moody’s proposed Carbon Transition Assessments (CTAs) will target companies in sectors with high exposure to carbon transition risk, such as extractives, utilities, chemicals, the automotive industry and airlines. Companies will receive a score based on their positioning for low-carbon transition, on a scale from 1 to 10. This will allow for comparison of companies within sectors, from those who exhibit “advanced” preparedness for a low-carbon economy, to those whose business models are “fundamentally inconsistent, over the long term, with the transition”.

Sector-specific metrics will be developed, beginning with the auto sector, to assess companies based on four factors: their current business profile; their medium-term exposure to technology, market and policy risk; the level of their response (in terms of low-carbon R&D or new business ventures); and their longer-term resilience to a rapid two-degree transition scenario.

Change will not happen overnight. Moody’s has been careful to state that the CTAs will not impact companies’ credit ratings – a move that would be certain to shake up the industry. Yet pressure from investors will continue to mount. Just look at the establishment of Climate Action 100, an initiative of over 300 investors, who together manage over $33 trillion in assets that promote tangible action on climate change. The new assessment from Moody’s will give yet more weight to investor calls for companies to demonstrate their contribution to a low-carbon economy.