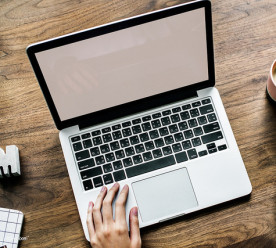 Tech companies including Netflix, YouTube, Amazon, Apple and Spotify are in breach of the EU’s new data regulations, according to a complaint filed with the Austrian Data Protection Authority on Friday. The Austrian privacy campaign group None of Your Business asked the country’s data regulator to investigate the firms for violating GDPR, the data regulation that came into force last May. This “right to access” is enshrined in Article 15, with violations theoretically leading to fines of up to €20 million or 4 percent of the companies’ worldwide turnover. The group said the companies failed to provide basic information, such as how they buy and sell user data, when contacted by 10 private citizens with requests for their personal information. For instance, Apple provided users roughly “40 Excel spreadsheets filled with alphanumeric data that made absolutely no sense,” said Mr Kouvakas, the data protection lawyer at the Austrian campaign group, who drafted the complaints. (Financial Times)*

UK government under pressure to ban Huawei from 5G upgrade

The UK government is facing pressure to decide whether to ban Chinese company Huawei from involvement in the UK’s 5G infrastructure upgrade. Commons science and technology committee chairman Norman Lamb has pressed culture secretary Jeremy Wright to explain whether the UK will ban the telecoms giant over concerns about espionage. America, New Zealand and Australia, which are members of the Five Eyes intelligence network with the UK and Canada, have already taken steps to restrict the company from participating in the 5G upgrade. Last week, the German government revealed it would look for ways to block Huawei from its 5G infrastructure plans. Germany is considering introducing stricter security standards to effectively block the Chinese telecoms giant from its 5G roll-out, Reuters reported, citing local media. Huawei founder Ren Zhengfei has refuted claims that the Chinese government is using the company to spy on foreign rivals. (City A.M.)

Diversity at work is better for business: top UK lawyer

Global law firm Pinsent Masons beat competition from Britain’s MI5 security service and a northern English fire department to be named the country’s most LGBT-friendly workplace on Monday. Leading LGBT+ rights charity Stonewall, which made the award, said Pinsent Masons had introduced “a range of inclusive policies and practices for lesbian, gay and bi staff”. Nearly 450 firms had competed to be recognized as Britain’s most LGBT-inclusive employer, which has previously been won by companies ranging from banking giant Lloyds and housing association Gentoo. “As a business, we have an obligation to seek to promote progress where we think it is right to do so,” Richard Foley, senior partner at Pinsent Masons, told the Thomson Reuters Foundation. The London-based law firm, which employs more than 3,000 worldwide, had launched “specific trans-inclusive staff training to create a welcoming environment for trans colleagues, clients and visitors”, Stonewall said in a statement. (Reuters)

The EU Chemicals Agency (ECHA) on Friday proposed a ban on deliberately adding microplastics to products such as cosmetics, detergents and agricultural fertilisers in the EU by 2020 to combat pollution. The tiny bits of plastic pollution in waterways and oceans are causing growing concern among scientists about their effect on marine ecosystems. The European Commission, which estimates that between 70,000 and 200,000 tonnes of microplastics enter the environment each year, had requested the proposal from the ECHA as part of its plastics strategy. “The aim is to avoid nearly 30,000 tonnes of microplastics ending up in nature a year,” the ECHA’s spokesman Matti Vainio said at a conference in Helsinki. The Commission’s Vice President Jyrki Katainen, who also spoke at the event, said an EU ban could set a standard for industries around the world. The proposed ban would exclude some products such as medicine and paints. (Reuters)

In the face of climate challenges, most financial service providers are still failing to assess the extent to which environmental degradation could pose financial risks to their firms, PwC has warned. While banks have made progress to disclose environmental risks relevant to their businesses, most are failing to assess the sustainability of their entire portfolios, a new joint report from the professional services giant, published on Thursday has concluded. Produced in collaboration with the Natural Capital Finance Alliance (NCFA), the United Nations Environment Programme (UNEP) and anti-deforestation NGO Global Canopy, the report warns that most finance firms are overlooking how events like droughts, floods and heatwaves can put their borrowers’ operations at risk. In order to overcome these issues, big-name finance companies should adopt a natural capital approach, the report concludes. Such an approach integrates ecosystem-oriented management with economic decision-making and development by placing a financial value on natural resources. (Edie)

Image source: Aerial view of woman using computer laptop and a smartphone on wooden table by Rawpixel Ltd on Flickr. CC BY 2.0.