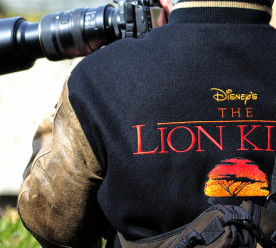 Shares in Twitter have fallen by more than 12 percent after a short seller accused the company of being “The Harvey Weinstein of social media” for failing to deal with harassment. The note by Citron Research called the company toxic to investors and advertisers after a damning report by the human rights organisation Amnesty International which laid bare the scale of abuse on the social network. Based on Amnesty International’s estimates, a group of 778 women politicians and journalists in the U.S. and U.K. received “abusive or problematic tweets” once every 30 seconds on average during 2017. Soon after the report was published Twitter’s share price tumbled. “The hate on Twitter is real and the company is not taking proper steps to curb the problem. Citron believes this story has just begun and advertisers will be forced to make more morality-based brand building decisions.” (Telegraph)

A Walt Disney trademark on “hakuna matata”, a Swahili phrase meaning “no worries”, is stirring up controversy in Africa where a petition demanding the US entertainment company rescind its intellectual property is rapidly gaining signatures. The petition on the change.org website likens the trademark on hakuna matata, the title of a song in the 1994 Disney animation The Lion King, “to colonialism and robbery”. Although the Disney trademark was granted in 2003, the controversy has gained force recently because of next year’s planned Disney release of a computer-animated remake of The Lion King, starring Beyoncé, Seth Rogan and Chiwetel Ejiofor. Intellectual property lawyers said Disney’s trademark covered only use of the catchphrase on T-shirts to prevent adulteration of the Lion King brand. Shelton Mpala, an activist who started the campaign, said Swahili speakers were “shocked” at Disney’s actions. (Financial Times)*

Carbon labels on food packaging could help consumers chooser greener foods, according to a new study released this week by researchers in Australia. The study found that shoppers significantly underestimate the carbon impact of different foods, but would be willing to shift their shopping habits if they knew the true impact of their purchase. The carbon impact of red meat such as beef is an order of magnitude more than vegetables, but when questioned by the researchers the study’s 1,000 participants broadly said they thought there was little difference in the environmental impact of the two foodstuffs. “The choices we make at the dinner table can have a significant impact on global challenges such as climate change, and our research shows consumers are keen to make that choice,” the study’s lead author, Dr Camilleri of the University of Technology Sydney, concluded. (Business Green)

Bitcoin could be overseen by UK’s financial regulator

The UK government has said it stands ready to empower Britain’s financial regulator to oversee all cryptocurrency assets, after a warning from MPs that bitcoin and other cryptocurrencies were “wild west” assets that exposed consumers to a host of risks. While some crypto-assets are regulated by the Financial Conduct Authority (FCA), many others, such as bitcoin, are not, the Treasury noted in its response to a report from the Treasury select committee published in September, which called for regulation to protect investors and prevent money laundering. John Glen, the economic secretary to the Treasury and City minister, wrote: “The government will consult early next year to explore whether other crypto-assets that have comparable features to specified investments but that fall outside the current perimeter should be captured in regulation.” (Guardian)

For the first time in almost a decade Australia’s drugs regulator has begun court action against a supplements seller, after the online company claimed its products could help people build muscle while also treating anxiety, depression, heart damage, joint diseases, bone diseases and other ailments. The Therapeutics Goods Administration (TGA) alleges Peptide Clinics Australia advertised prescription-only therapeutic goods including peptides on its website and other social media platforms. The online seller did not have TGA approval to state its products could treat diseases. Peptides Australia also allegedly advertised a product called Melanotan II, a synthetic peptide which accelerates the effects of the sun, as a safe self-tanning product, when in has been found to be dangerous. “The harm suffered by consumers by reason of the contraventions outlined above includes serious harm and risk of serious harm to their health and safety,” court documents filed to the federal court in New South Wales. (Guardian)