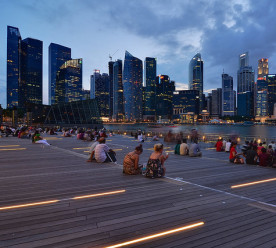 The UK Government has published a partial draft for its anticipated Environment Bill, outlining the powers and limitations of the nation’s new post-Brexit watchdog for green standards. The 79-page document confirms that the green watchdog will be called the Office for Environmental Protection (OEP) – a body which will work alongside the Environment Agency and Natural England to uphold existing environmental and product standards once Brexit is complete. Crucially, the draft bill confirms that the OEP will have the power to take businesses, public bodies and the Government to court over any breaches of environmental law. Additionally, it states that the body will not be able to issue fines, call senior representatives to attend Government hearings or place non-compliant organisations into ‘special measures’ – a power currently held by Ofsted for educational facilities and the Care Quality Commission (CQC) for healthcare bodies. (Edie)

Uber has lost an appeal against a ruling that its drivers should be treated as workers rather than self-employed. In 2016 a tribunal ruled drivers James Farrar and Yaseen Aslam were Uber staff and entitled to holiday pay, paid rest breaks and the minimum wage. That ruling has now been upheld by the Court of Appeal. But Uber pointed out that one of the three judges backed its case and said it would appeal to the Supreme Court. Mr Farrar, who is chairman of the United Private Hire Drivers branch of the IWGB union, said: “I am delighted today’s ruling brings us closer to the ending Uber’s abuse of precarious workers made possible by tactics of contract trickery, psychological manipulation and old-fashioned bullying.” “It’s time for Uber to come clean with all its stakeholders and abide by the decision of the courts,” he added. (BBC)

Consumers in Asia favour brands that engage in social issues, provided these are the causes that matter to them personally, according to a new report from Kantar. The report, titled ‘Purpose in Asia’ finds that 90 percent of consumers in the region and 93 percent in Malaysia want brands to get involved in the issues they care about, meaning that an authentic brand purpose is now an expectation as opposed to a bonus. The report also suggests aligning with the issues that matter to consumers also makes business sense. Findings show 64 percent of people questioned in Malaysia are more likely to buy brands aligned with their views, and 65 percent would be happy to pay ‘a little more’ for brands with sustainability credentials. The report also revealed that authenticity was key in terms of how brands should engage with issues. (New Straits Times)

Most Millennials will only work for purpose-driven firms

The most attractive companies to today’s talent are driven by purpose, according to London Business School (LBS) experts. The finding that purpose tops the agenda for millennials is backed up by PwC’s recent Workforce of the Future survey, which found that 88 percent of them want to work for a company whose values reflect their own. Similarly, the Deloitte 2017 Global Human Capital Trends report found that most millennials look beyond a company’s financial performance when deciding whether or not to work there. Only one in five survey respondents said they would choose to stay at a solely profit-driven company for more than five years. “There has to be a strong connection between what your company wants to do and be, and what you want to do and be,” advises Richard Hytner, Adjunct Professor of Marketing at LBS. (Business Fights Poverty)

Christmas shoppers in Britain are being warned to avoid plastic toys after they appeared in more than half of EU intergovernmental alerts for products containing banned chemicals this year. In all, 290 of the 563 warnings sent out on the EU’s rapid alert system concerned toys with illegally high levels of toxins, most of which were plastic dolls, and all of which could be on sale on British high streets. Nearly half of the slime and putty toys tested in a separate survey of UK stores last week overshot EU safety limits for boron, which can cause diarrhoea and vomiting and may impair fertility. The European Environmental Bureau (EEB) warned governmental agencies were fighting a losing battle against what the UN calls a “silent pandemic” of toxic pollution. The EEB’s chemicals policy manager, Tatiana Santos, said “shoppers this Christmas might want to try and avoid plastic toys altogether.” (Guardian)