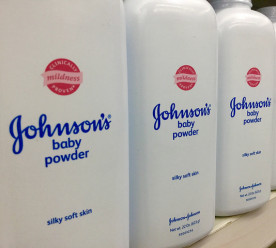 Negotiators in Poland have finally secured agreement on a range of measures that will make the Paris climate pact operational in 2020. Last-minute rows over carbon markets threatened to derail the two-week summit – and delayed it by a day. Delegates believe the new rules will ensure that countries keep their promises to cut carbon. The Katowice agreement aims to deliver the Paris goals of limiting global temperature rises to well below 2C. The summit accord, reached by 196 states, outlines plans for a common rulebook for all countries – regulations that will govern the nuts and bolts of how countries cut carbon, provide finance to poorer nations and ensure accountability. Laurence Tubiana, a key architect of the Paris agreement, and now with the European Climate Foundation, said the agreement was a big boost for the Paris pact. “The key piece was having a good transparency system because it builds trust between countries and because we can measure what is being done and it is precise enough,” she told BBC News on the side-lines of this meeting. (BBC)

China’s ruling Communist Party has said in a surge of upbeat propaganda that a sprawling network of camps in the Xinjiang region is providing job training and putting detainees on production lines for their own good, offering an escape from poverty, backwardness and the temptations of radical Islam. The program aims to transform scattered Uighurs, Kazakhs and other ethnic minorities — many of them farmers, shopkeepers and tradespeople — into a disciplined, Chinese-speaking industrial work force, loyal to the Communist Party and factory bosses, according to official plans published online. But mounting evidence suggests a system of forced labour is emerging from the camps. Accounts from the region, satellite images and previously unreported official documents indicate that growing numbers of detainees are being sent to new factories, built inside or near the camps, where inmates have little choice but to accept jobs and follow orders. (New York Times)*

Shares in Johnson & Johnson plunged more than 10 percent on Friday (December 14), after Reuters reported that the US pharmaceutical giant had known about asbestos tainting its talcum powder for decades. The report comes as the company faces thousands of lawsuits claiming that its talc products caused cancer. Reuters’ review of documents found the company was aware of trace amounts of asbestos since at least 1971. J&J lawyers said: “Johnson & Johnson’s baby powder is safe and asbestos-free. “The Reuters article is one-sided, false and inflammatory. Simply put, the Reuters story is an absurd conspiracy theory.” Attorney Peter Bicks told Reuters in an email. “The scientific consensus is that the talc used in talc-based body powders does not cause cancer, regardless of what is in that talc.” (BBC)

Bursa Malaysia is reinforcing its support of the Taskforce on Climate-Related Financial Disclosures (TCFD) in the updated version of its Sustainability Reporting Guide and Toolkits released December 14, by incorporating TCFD Recommendations to encourage listed issuers in assessing and disclosing material climate-related information in their annual reporting. The 1st Edition Guide and Toolkits were issued in October 2015 to assist listed issuers in the preparation of a sustainability statement and embed sustainability practices within their businesses. Bursa Malaysia is Malaysia’s first public-listed company to officially support the TCFD Recommendations. Datuk Seri Tajuddin Atan, Chief Executive Officer of Bursa Malaysia said, “transitioning our market towards a low-carbon economy not only safeguards the quality and resiliency of the marketplace but also ensures the sustainability of our stakeholders and our natural environment into the future.” (MondoVisione)