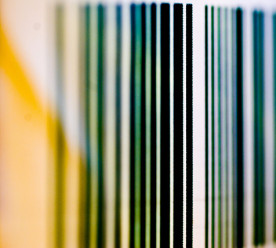 Amazon workers strike in Germany and Spain on Black Friday

Workers at Amazon logistic centres in Germany and Spain staged strikes on Friday, walking off the job on Black Friday, the discount spending spree that kicks-off the start of the Christmas shopping season. Amazon Germany said around 620 workers were participating in the strikes at its Bad Hersfeld and Rheinberg facilities but the majority of employees were continuing to work and there was no impact on customer orders. Germany’s Verdi services union had called for Amazon workers to strike for 24 hours until midnight on Friday, demanding better pay and labour contracts that guarantee healthy working conditions. Workers at Amazon’s biggest warehouse in Spain, San Fernando de Henares, walked off the job on Friday and also threatened to strike on Saturday. Unions said between 85 and 90 percent of staff were taking part in the industrial action. Amazon Spain said the figures did not reflect reality and a majority of employees were processing orders. (Reuters)

Large employers in the UK are being urged to take an “honest look” at how many disabled people they employ by publicising their disability employment figures. The UK government has published a new voluntary framework to help organisations with 250 staff or more report how many of their staff have a health condition or disability, following a recommendation in last year’s Stevenson/Farmer Thriving at Work Review that employers should reveal more information on the health of their staff on a voluntary basis. According to the Department for Work and Pensions, about a fifth of the working age population has a disability. Almost one million disabled people have entered the workplace in the past five years, with the government aiming to achieve one million more by 2027. (Personnel Today)

Read more: David Grayson explains why supporting carers in their places of work is a crucial, but often overlooked, part of diversity and inclusion policies – Who takes care of in-work carers

Social enterprise Giki has created a ‘palm oil detector’ to help shoppers identify products made with sustainable palm oil. Giki revealed last week it has built a new ‘palm oil detector’ into its mobile app, which shoppers can use to find out if a product has been made with palm oil from a certified source. The detector has been developed in collaboration with WWF and gives products a ‘sustainable palm oil’ stamp if they have been made with palm oil traced from sources certified by the Roundtable on Sustainable Palm Oil and the company has a commitment, by 2020, to achieve sustainable palm oil across their supply chain. Shoppers simply scan the bar code to retrieve the supply chain information. According to Giki, currently only around 10 per cent of soap products, one per cent of shampoos, and seven per cent of chocolate are made with sustainable palm oil. The launch comes in the wake of the controversy over Iceland’s palm oil Christmas advert, which was barred from broadcast earlier this month for breaching rules governing political advertising. (BusinessGreen)

Financial institutions have developed a methodology to measure their global impact on biodiversity, which will enable them to help support its conservation. CDC Biodiversité, a subsidiary of French financial services firm Caisse des Dépôts, Dutch ASN Bank, and asset managers ACTIAM and Finance in Motion joined forces to map and address the risks of biodiversity loss by measuring the impact of their loans and investments on biodiversity. They developed the methodologies by sharing experiences and exploring their common ground, and presented their findings at COP 14 of the UN Convention on Biological Diversity (CBD). The research findings have been published in the report titled ‘Common ground in biodiversity footprinting methodologies for the financial sector.’ Financial institutions, businesses and governments can use the biodiversity footprint for strategic and operational decisions. (Environmental Finance)

The majority of large international corporations are falling short when it comes to transparency on political engagement, a new report has found. An index produced by Transparency International UK (TI-UK), an NGO that campaigns against global corruption, found that four in five companies had poor standards in disclosing their lobbying efforts. Nearly all failed to disclose their controls on so-called revolving door appointments between the public and private sector. Kathryn Higgs, director of TI-UK’s business integrity programme, said the findings were a “cause for concern”. “Businesses must be far more transparent in how they engage with politicians or they risk damaging their reputations with the public and in the long-run will themselves lose out,” she said. TI-UK looked at 104 multinational corporations, giving them a ranking from A to F for the transparency and governance of their political engagements. Out of all the companies, only UK-based pharmaceutical firm GlaxoSmithKline (GSK) attained the highest score, A. (City A.M.)

Image source: Barcode by Conor Lawless on Flikr. CC BY 2.0