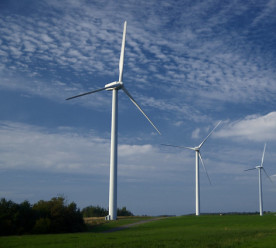 Dolce & Gabbana’s co-founders have asked for China’s “forgiveness” in a video apology posted today, in an attempt to salvage a crucial market for the luxury brand following backlash against its latest advertising campaign that showed a Chinese woman struggling to eat pizza and pasta with chopsticks while the narrator offers eating lessons in a patronizing tone. The Italian fashion house cancelled a marquee show in Shanghai on Wednesday after celebrities and social media users threatened a boycott over the campaign, which led e-commerce firms to pull Dolce & Gabbana items on Thursday. In a video apology, Stefano Gabbana and Domenico Dolce said they had “reflected seriously” and were saddened by the impact of their words. “In the face of our cultural misunderstanding, we hope that we can earn your forgiveness,” Dolce, speaking in Italian, said in the video. (Reuters)

Company executives should receive pension contributions in line with the majority of their workforce, according to the UK’s asset management trade body. The Investment Association’s (IA) 2018 Principles of Remuneration, published 22nd November, include an expectation that companies pay contributions to directors’ pension pots in line with the rate given to the majority of the rest of the workforce – as opposed to making higher contributions as a mechanism for increasing total pay. This is in line with a provision in the UK’s corporate governance code. The demands were part of the trade body’s “clearer and sharper” expectations about executive pay, made in response to growing frustration that many companies were not listening to investors’ views on the subject. In a letter to the chairs of FTSE 350 companies’ remuneration committees, the IA said “The political and media focus on executive remuneration continues to grow with the forthcoming implementation of new remuneration reporting requirements and an ongoing [parliamentary] inquiry into fair pay.” (IPE; Times)*

ING issues €2.6 billion of climate bonds in boost for renewables and green buildings

The rapidly growing green bonds market has been given a further boost this week by the launch of a €2.6 billion issuance from ING Group, which the global banking giant claims is the largest transaction ever certified under the Climate Bonds Standard certification. The issuance, which is also the largest green bond deal yet from a European bank, comprises a €1.5 billion 12-year tranche and a $1.25 billion seven-year tranche issued by ING’s Holdco. Both issuances were oversubscribed, it said, with final books growing to just under €4 billion and $3 billion respectively. ING’s head of sustainable market, Han Biemans, said “Issuing green bonds is part of our corporate response to meeting the goals of the Paris Agreement, supporting the strong growth of our Sustainable Finance portfolio and demonstrating our commitment to sustainability and sustainable finance.” (Business Green)

A host of major businesses have penned a declaration calling on European governments to set enabling policies that incentivise and increase opportunities to source renewable electricity through onsite installations and power purchase agreements (PPAs). The declaration has been signed by almost 100 corporates, including Ikea, Amazon, BT, Google, Microsoft, H&M and Heineken. Convened by European renewable energy platform RE-Source, the declaration sets out a wish list that would enable greater investment in renewables across Europe. Specifically, the declaration calls for policymakers to remove regulatory and administrative barriers to sourcing renewables – a request that is being facilitated through the Renewable Energy Directive –  so that successful markets in the Nordics, the Netherlands and the UK can be replicated across the continent. (Edie)

Cuba has begun withdrawing 8,300 doctors working in some of the poorest regions of Brazil, prompting fears that indigenous villages, small towns and isolated rural communities could soon be left without medical care. The move came after Brazil’s far-right president-elect Jair Bolsonaro threatened to cut relations with Cuba and modify the conditions of a five-year-old agreement between the two countries and the World Health Organisation. The growing row offers a worrying sign of how the former army captain may handle diplomacy after assuming office on 1st January 2019. Chartered flights have begun carrying the Cuban doctors home, with medical experts worried that the Brazilian government will be unable to fill all the vacancies before the WHO’s expected final date of 12th December. The result will be “an abrupt fall in medical attention,” said Henrique Passos, a medical supervisor for Cuban doctors. (Guardian)

The 2019 Forum theme “Embracing the fierce urgency of NOW” inspired the development of the programme which features leadership labs, a Mission Possible call to action, live edie podcast, and more, giving you the most interactive and immersive experience on the day.

Speakers from the likes of BEIS, Unilever, Coca-Cola, M&S, Carlsberg, Tesco, BT and more will address how to connect sustainability with profitability, unlock the power of purpose-driven strategies, and accelerate behaviour change.