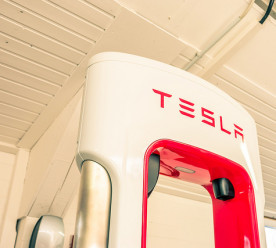 In its new report, Prescription for Poverty, Oxfam claims four pharmaceutical corporations are not paying an estimated $3.8 billion in tax per year across 16 countries. It says Abbott, Johnson & Johnson, Merck and Pfizer are systematically shifting their profits to avoid paying higher tax in the countries where they operate. Oxfam said that this amounts to billions of dollars in tax across 16 countries – data reveals average pre-tax profit margins of six percent in countries with standard tax rates, compared to 31 percent in tax havens. “In no way is Oxfam saying that these companies have undertaken anything strictly illegal but what it does involve is a complex mechanism of setting up where their patents are based for their medicines,” Oxfam’s New Zealand executive director, Rachael Le Mesurier, said. But John Nash from New Zealand’s Inland Revenue said the charity was using a methodology which completely misrepresented what was actually happening in New Zealand. “Oxfam have applied a global average profit margin, which attributes just far too much profit to New Zealand,” he said. (Oxfam; 1NewsNow)

The head of the International Monetary Fund, Christine Lagarde, has said it should be “politically incorrect” for companies not to have a woman in a senior position. Lagarde said even companies with “no moral compass” should recognise they can boost their profits through promoting women to senior and boardroom positions. In a speech in London, Lagarde said tackling gender inequality would boost economic growth in developing nations, as she urged businesses worldwide to appoint more women to senior posts. Lagarde said increasing the proportion of women in prominent business and finance industry jobs could raise economic dynamism and shift firms into thinking about the long-term future of the planet. Outlining the importance for developing nations, she said reducing gender inequality by 10 percentage points in sub-Saharan African countries could boost growth by two percentage points over five years. (Guardian)

The results of the Schroders Global Investor Study (GIS), which measures attitudes among individual investors across 30 countries, have ranked the US as the only developed country to make the top 10 of the sustainable investment league table. Countries regarded to be emerging markets filled nine out of the top 10 places, with the US in fourth place. The study, which surveyed more than 22,000 investors across the globe, asked people about their understanding of what it means to invest sustainably, how they behaved sustainably in their everyday lives and how much they invested in sustainable products. Responses from Indonesians indicated they were most focused on sustainability while India was in second place and China in third. Thailand (5th), South Africa (6th), Brazil (7th), the UAE (8th), Chile (9th) and Taiwan (10th) made up the rest. European and developed Asian countries dominated the bottom half of the table. (Schroders)

Saudi Arabia’s sovereign wealth fund signed an agreement to invest more than $1 billion in aspiring electric-car maker Lucid Motors Inc., months after building a stake in Elon Musk-led Tesla Inc. In a move to diversify its economy after the collapse in crude prices, Saudi Arabia plans to turn its Public Investment Fund (PIF) into the world’s biggest sovereign fund, controlling more than $2 trillion by 2030, and to hedge against fluctuations in oil prices. “By investing in the rapidly expanding electric vehicle market, PIF is gaining exposure to long-term growth opportunities, supporting innovation and technological development and driving revenue and sectoral diversification for the Kingdom of Saudi Arabia,” the PIF said in a statement. The PIF’s investment in Lucid adds to the uncertainty surrounding Tesla, after Musk announced in August 2018 that the Saudi wealth fund had expressed interest in helping take Tesla private. (Bloomberg)

Transportation and logistics experts, UPS, has announced a more than $1 million commitment through The UPS Foundation in support of recovery efforts following the devastating flooding, infrastructure damage and utility outages caused by Hurricane Florence across the East Coast of the US. Through a combination of cash grants, in-kind transportation movements and technical expertise, the company and The UPS Foundation will provide both urgent relief, as well as support for long-term needs ranging from rebuilding to personal and financial recovery assistance. The UPS Foundation is working with humanitarian aid partners, such as the Salvation Army, to provide immediate support and assess longer-term needs, committing additional funding and in-kind assistance for recovery needs that will be specified during the post-crisis recovery phase. Additionally, the company has deployed skilled volunteers with humanitarian logistics expertise to the American Red Cross and FEMA, to help transportation of needed supplies and to coordinate support with multiple partner agencies providing relief. (CSRwire)