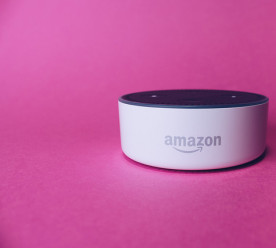 Amazon has launched a new challenge to reward developers of Alexa skills that have a positive impact on the environment, local communities and the world. The Alexa Skills Challenge: Tech for Good, run through Devpost, a job-search platform for developers, invites participants to create a skill that benefits society and compete for $122,000 in prizes and the chance to direct a donation of $20,000 from Amazon to one of 11 nonprofit organizations. The company is hoping to inspire others to use a voice experience to positively impact society from helping someone to save energy to helping those in need after a natural disaster strikes. Primarily, the competition is seeking submissions that solve a customer problem, inspire customers to learn and take action, and deliver a seamless user experience via voice. Amazon notes that quality Tech for Good skills can influence customers to adapt and learn over time and are simple to use and understand. (Sustainable Brands)

Three large UK insurance companies have been accused of failing to properly spell out the risks their businesses face from climate change, according to complaints filed with the Financial Conduct Authority by an environmental pressure group. The complaints against Lancashire, Admiral and Phoenix argue that climate change is a principal risk for these businesses and point out that none of mentions climate change in their 2017 annual reports. ClientEarth, a non-profit legal group, argues that the omission puts the companies in breach of the Disclosure Guidance and Transparency Rules, which are governed by the FCA. Stephanie Morton, insurance industry lawyer at ClientEarth, said “By omitting financially material climate risks from their annual reports, these companies are not giving the full picture. Without this information, how can investors make a fully-formed investment decision?” Insured catastrophe losses last year were at record levels of just over $140bn, primarily because of weather-related disasters, according to a study by the Swiss Re Institute. (Financial Times)

Lloyds Banking Group said on Thursday last week it will not fund new coal-fired power stations or thermal coal mines, or bank new clients that derive most of their revenue from either of these operations. The new policy brings Lloyds in line with peers Royal Bank of Scotland and HSBC, which both announced similar changes earlier this year as lenders update their approach amid growing concerns about coal’s impact on the environment. “To achieve the aims set out in the 2015 Paris Agreement, continued reduction in the amount of coal mined and used to generate electricity is needed.  This announcement reiterates our commitment to support the transition,” David Oldfield, group director of commercial banking, said in a statement. (Reuters)

The PepsiCo Foundation, the philanthropic arm of beverage giant PepsiCo, has partnered with The Recycling Partnership in the US in a bid to drastically increase the number of plastic containers being recycled from curbside collections. The beverage and snack-food giant is pledging $10m (€8.6m) over five years to the new All In On Recycling challenge that is targeting a further $25m of investment from businesses, matched with $75m of municipal funding. Due to lack of infrastructure, widely varying municipal recycling programmes and low awareness of proper recycling practices, more than half of the material that could be recycled from US households is lost. (Edie, Plastic News Europe)

The world now has more than one terawatt of wind and solar, Bloomberg research

The world now has more than one terawatt (TW) of wind and solar power capacity, according to new statistics released late last week by Bloomberg New Energy Finance (BNEF) that underscore the rapid shift underway in the global energy system. The BNEF analysts predict that the pace of renewables rollout will accelerate even more in the coming years, with the second terawatt expected to arrive by mid-2023. Falling costs are also expected to mean that this second terawatt of power will cost 46 per cent less than the first, BNEF said, a drop from $2.3tr to about $1.23tr in capital costs. The analysts also predicted solar would soon overtake wind as the world’s dominant green power source – highlighting the technology’s rapid capacity gains in recent years – installations have grown 57-fold since 2007. (Business Green)