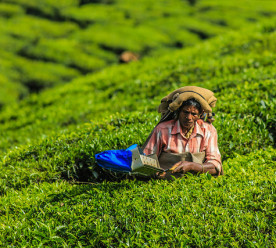 Oxfam has assessed 16 large supermarkets across the US and Europe on their policies and practices in their food supply chains. Oxfam looked at the transparency of their supply chains, treatment of small-scale farmers and women workers in the supply chains. The results reveal low scores across the board, with the lowest scores in themes regarding women and transparency and accountability. They also highlight that supermarkets keep an increasing amount of the money their consumers spend – as much as 50 percent in some cases – while the share that reaches workers and food producers has fallen, with small-scale farmers and workers in the supply chains of 12 common supermarket products scraping a living. The results were published in the form of a global report as well as separate reports on Dutch, German, UK & US supermarkets, and seafood supply chains. (Business & Human Rights Resource Centre; Oxfam)

As the world’s newest multilateral development bank, the Asian Infrastructure Investment Bank (AIIB) has made big efforts to brand itself as a “green” bank, with President Jin Liqun saying its “sacred mission” is to invest “without leaving an environmental footprint” and proudly proclaimed “there are no coal projects in our pipeline” at their 2017 annual meeting. But a year later, the AIIB has already invested in coal. A report by Bank Information Centre Europe and Inclusive Development International reveals how the AIIB’s investment through a financial intermediary has led the institution down a carbon fuelled path. In September 2017, AIIB backed the IFC Emerging Asia Fund (EAF), which subsequently bought equity in Shwe Taung Cement for expansion of a cement plant in Myanmar. The investment will fund a new kiln to increase production significantly, as well as more than double the output from a coal mine that supplies the plant exclusively. (Climate Home News)

US lawmakers want Google to reconsider links to China’s Huawei

Some Republican and Democratic US lawmakers have asked Google to reconsider its work with Chinese telecommunications firm Huawei, which they described as a security threat. In a letter to Google Chief Executive Sundar Pichai, the lawmakers said Google recently decided not to renew “Project Maven,” an artificial intelligence research partnership with the US Department of Defence. “While we regret that Google did not want to continue a long and fruitful tradition of collaboration between the military and technology companies, we are even more disappointed that Google apparently is more willing to support the Chinese Communist Party than the US military,” they wrote. A google spokeswoman Responded in an emailed statement: “Like many U.S. companies, we have agreements with dozens of OEMs (manufacturers) around the world, including Huawei. We do not provide special access to Google user data as part of these agreement, and our agreements include privacy and security protections,”. (Reuters)

EU can toughen its emissions-cut target under Paris climate deal

The EU has signalled that it can exceed its 2030 emissions-reduction goal and submit a more ambitious plan to cut greenhouse gases by “slightly over 45 percent” under the Paris Agreement to fight climate change. The announcement was made by EU Climate and Energy Commissioner Miguel Arias Canete at the start of a gathering of ministers from the EU, Canada and China before the next round of global talks to lower emissions. Europe, which aims to lead the fight against global warming, submitted a target to reduce greenhouse gases by “at least 40 percent” as a contribution under the Paris deal in 2015. After representatives of national governments and the European Parliament agreed earlier this month to pursue more ambitious renewables and energy efficiency targets, the headline emissions goal will effectively be higher, Canete said. A change of the EU plan under the Paris Agreement would need support by the EU ministers, possibly at their quarterly meeting in October. (Bloomberg)

Five pilot projects designed to encourage more circular business models across the fashion industry are to share €1.29 million of new funding from the C&A Foundation. The group said the latest funding awards would support its ‘Bridging the Gap’ initiative, which aims to curb waste and enhance resource efficiency across the sector. The projects supported by the latest funding round include a project from the London Waste and Recycling Board and QSA Partners to help retailers develop circular economy strategies and a Europe-wide project to help six brands identify the operational barriers to circular resource flows. Other recipients of funding include Forum for the Future, which is working on an initiative to encourage circular business models in Asia; the Market Makers programme from WRI and WRAP, which is working with 20 brands in the US, UK and India to encourage clothing re-use; and MADE-BY and Global Action Plan, which are exploring how brand messaging can encourage more circular business models across the fashion industry. (BusinessGreen)