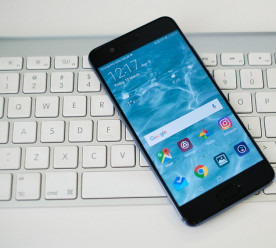 Women who work at Mastercard Inc. earn 99.1 cents for every dollar men make for “equal performance at the same level,” according to a report the company released on Monday. The payments network said it will take steps to close this gap in its current compensation cycle. “Gender equality is the foundational core of our commitment to building an inclusive, high-performing culture at the company,” the Mastercard report said. “We remain dedicated to maintaining practices designed to ensure there is equal pay for equal performance at the same level.” A number of financial-services firms, including Citigroup Inc., have recently disclosed the difference in compensation for their male and female employees. All have said the gap is around 1 percent, after adjusting for factors such as job title, seniority and geography with most companies declining to reveal the calculations that go into that adjustment. (Bloomberg)

Norway’s sovereign wealth fund, the world’s biggest, has told the 9,000 firms that it owns stakes in to boost their anti-corruption measures, including by offering whistleblowers better protection against reprisals. The Norwegian wealth fund, which has more than $1 trillion under management, regularly pushes companies in its portfolio to adopt more ethical practices, and often divests if they fail to do so. Its ethical guidelines prevent it from investing in companies that are guilty of serious human rights violations, make nuclear or other “particularly inhumane” weapons, produce coal or make tobacco products. The fund has stated that “Companies should have a whistleblowing mechanism that provides a separate and confidential escalation route when reporting through a line manager is not appropriate, or if the whistleblower wishes to remain anonymous.” (The Local)

Exxon Mobil, in response to multiple climate change lawsuits filed against itself and the wider oil industry is targeting the lawyers who are suing it. The company has targeted at least 30 people and organisations, including the attorneys general of New York and Massachusetts, hitting them with suits, threats of suits or demands for sworn depositions. The company claims that the lawyers, public officials and environmental activists are “conspiring” against it in a coordinated legal and public relations campaign – suggesting that about two dozen people hatched a strategy against it at a meeting six years ago in an oceanfront cottage in La Jolla, California. Plaintiff lawyers and legal experts contend that the oil giant’s tactics are meant to intimidate while shifting the spotlight away from claims of environmental damage, suggesting that there’s nothing improper with lawyers discussing legal strategies together. (Bloomberg)

Six top US intelligence chiefs told the Senate Intelligence Committee on Tuesday they would not advise Americans to use products or services from Chinese smartphone maker Huawei. The six – including the heads of the CIA, FBI, NSA and the director of national intelligence – first expressed their distrust of Huawei and fellow Chinese telecom company ZTE in reference to public servants and state agencies but when prompted indicated they would not recommend private citizens use products from the Chinese companies. A Huawei spokesman responded that: “Huawei is trusted by governments and customers in 170 countries worldwide and poses no greater cybersecurity risk than any ICT vendor, sharing as we do common global supply chains and production capabilities.” (CNBC)

Hong Kong has just opened its first government-backed recycling facility for electronic waste as it seeks to lead Asia in tackling a growing global blight that is damaging the environment, threatening human health and lining the pockets of smugglers. Hong Kong’s 7.4 million people generated an average of 19kg of e-waste last year, one of the highest rates in Asia, although less than that generated in the UK & US. E-waste has previously either been exported to developing countries or moved to little-regulated dumps near the border with mainland China – both of which often involving the e-waste being unsafely broken up. To tackle the problem, from August 2018, the Hong Kong government will charge importers of electronic goods a levy that goes towards funding the new plant and a free collection service for e-waste. (Financial Times*)

The fifth Social Value Summit, the leading event in its field, will take place on 28th February in London. The Summit brings together more than 350 commissioners and providers from across the public, private and social sectors.

This year, the event will cover not only current best practice, but also future challenges and opportunities, asking the questions:

Click here to buy your tickets and read the agenda