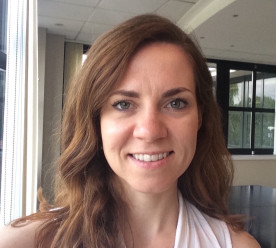 As an industry where modern slavery is highly prevalent, Sian Lea discusses the role the hotel industry must play in tackling the human rights abuses that exist within their complex and multi-tiered supply chains.

Globally, there are 40.3 million people estimated to be living in slavery[1]. In the UK alone, there are an estimated 13,000 people[2] living in exploitative conditions. With more than one in 10 people working in hospitality around the world[3], the sector has the opportunity to take a strong stand on modern slavery.

There is a lack of precise data about the prevalence of slavery in the sector, however, according to a recent study[4], there are more than 1.1 million victims of modern slavery in the European hospitality sector annually – over 4,500 are in forced labour in hotels.

Shiva Foundation is a corporate London-based foundation founded by the Shiva Hotels group. We have been working closely with the hotel industry in the UK for the past three years to create a dynamic model that seeks to tackle and prevent human trafficking and modern slavery across the sector by facilitating a more collaborative and systemic approach to making change.

Additionally, the industry, which involves a large amount of franchising, is multi-layered and complex with various businesses being involved in operations and supply chains. Through our work, we are trying to address all of the risk areas and industry nuances to ensure that hoteliers can become leaders in tackling modern slavery.

What are we doing?

On the 9 March 2018, Shiva Foundation launched the Stop Slavery Blueprint which is a toolkit to be used by hotels and other industry organisations to set up their own anti-trafficking initiatives. It was initially trialled in a group of hotels, with its implementation coordinated and supported by Shiva Foundation. The Blueprint sets out key principles, guidance and recommendations for the hotel industry in the form of policies, practices, procedures, protocols and a checklist of suggested actions. It is intended for internal use of hotels and other stakeholders in the industry and is meant to be used in conjunction with the Stop Slavery General Manager Handbook which provides practical guidance and materials to support implementing hotels.

Since February 2017, Shiva Foundation has been coordinating the Stop Slavery Hotel Industry Network, which brings together brands, boutique hotels, hotel owners and hotel management companies to foster collective action in tackling modern slavery as an industry. The Network grew out of an initial roundtable meeting in November 2016 and was officially launched at the Thomson Reuters Foundation Trust Conference.

Over the course of a year, the Network has launched the following tools to support hoteliers in their anti-slavery efforts:

Where are we going?

Based on our learnings over the past two years, Shiva Foundation has also launched a report: Charting a Course for Collective Action: Addressing Slavery in the Hotel Industry. The report offers insight into our experience coordinating the Stop Slavery Hotel Industry Network and sets out recommendations for immediate and coordinated action to address modern slavery in the hotel and hospitality sector. In addition to our experience coordinating the Network, we pulled information from the industry through a wider consultation backed by the British Hospitality Association. We hope to work with relevant stakeholders to ensure these recommendations become action.

Sian Lea is the Senior Programme Manager at Shiva Foundation.