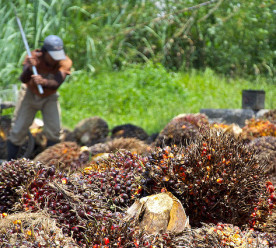 Central bank governors from the UK, France and the Netherlands are considering increasing regulatory oversight to address climate-related risks to the financial system, including carbon stress tests for banks. Speaking at a meeting of financial supervisors in Amsterdam, Bank of England governor Mark Carney warned of the “catastrophic impacts” of climate change and the dangers that could result from an abrupt transition to a low-carbon economy. François Villeroy de Galhau, head of the French central bank, also lobbied for compulsory disclosure of EU banks’ and insurers’ climate-related risks, penalties for investing in assets linked to high emissions, as well as carbon stress tests for all financial institutions — a measure that would be unprecedented for the banking sector. While the gathering of central bankers did not agree on the specifics of what should be done, they accepted that regulation needed to adapt to the risks posed by climate change. (Financial Times*)

The payday-lending industry has sued the US Consumer Financial Protection Bureau in an attempt to block an industry rule they say will destroy it. The regulation, finalised under the Obama administration, will radically change how payday lenders operate by requiring firms to verify that borrowers can afford the debt before giving them the money and capping the number of times someone can take out successive loans. According to the lawsuit by the Community Financial Services Association of America this rule “was motivated by a deeply paternalistic view that consumers cannot be trusted with the freedom to make their own financial decisions.” Republicans in the House and Senate have also introduced legislation to block rule implementation with Mick Mulvaney, appointed by President Trump to temporarily lead the financial protection agency, having said that he is reviewing the regulation. (The Washington Post)

France is entitled to bring criminal proceedings against local managers of ride-hailing app Uber for running an illegal taxi service according to a ruling made by the Court of Justice of the European Union (ECJ). The case concerned Uber’s use of unlicensed drivers as part of its UberPOP service in France, which has since been suspended. Uber had argued that France should have sought the European Commission’s approval of its proposed taxi law, as under EU law national legislation affecting digital services needs to be pre-notified to Brussels to prevent distorting the single market, and that therefore the criminal charges brought against two of the company’s French managers were not valid. The ECJ said that since Uber was offering a transport service under EU law the obligation to notify the Commission in advance did not apply and that France could therefore prohibit and punish the company, as a matter of criminal law. (Reuters)

Iceland is to become the first major UK supermarket to pledge to remove palm oil from all its own-brand food, in a bid to halt the ongoing destruction of tropical rainforests in south-east Asia. The frozen food specialist has already removed the controversial ingredient from half of its own-label range, with the rest to be reformulated by the end of 2018. “Until Iceland can guarantee palm oil is not causing rainforest destruction, we are simply saying ‘no to palm oil’,” said Richard Walker, Iceland managing director, “We don’t believe there is such a thing as verifiably ‘sustainable’ palm oil available in the mass market.” Iceland’s pledge is that by the end of 2018, 100% of the supermarket’s own brand food lines will contain no palm oil, reducing demand by more than 500 tonnes per year. Iceland said that before this, palm oil was present in 130 products, or 10% of its own brand food. (Guardian)

Intel has filed a patent for a bitcoin mining hardware accelerator that would dramatically reduce the amount of electricity used to mine the cryptocurrency. Mining bitcoin uses huge amounts of electricity to solve algorithms required to mine the coin. Some critics of cryptocurrency have called bitcoin mining an “environmental disaster”, while others have argued that the possibility for mining to be run off renewables makes its consumption irrelevant. As the price of Bitcoin began to drop at the beginning of 2018, individual mining of bitcoin became quickly difficult to financially sustain due to low coin price versus high electricity costs. Intel’s invention, however, could open up the possibility of financial success of small mining operations. (Interesting Engineering)

The 17th Annual Responsible Business Summit Europe will host multiple sessions, interactive debates and innovative case studies from C-Suite executives. These include the Bill & Melinda Gates Foundation, Enel and Zurich on identifying partners that will enable your vision for large-scale change as well as Canon, Thai Union and Nestlé on educating the whole business on positive impact-driven strategy. Thérèse Coffey MP, Parliamentary Under Secretary of State for the Environment, UK Government will also share the Government’s vision to take a leadership approach to environmental and sustainable stewardship in Britain post-Brexit (London, 13-14 June).