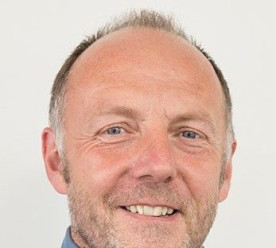 Tax strategy reporting among the FTSE 50 – slow to surface

New analysis has found that the majority of FTSE 50 companies have not yet followed Government and HMRC Guidance on publishing their tax strategies. Despite many businesses being slow on the uptake, there are still some examples of excellence writes Paul Monaghan.

Poll after poll shows that tax avoidance is the number one concern of the UK public when it comes to corporate conduct. How a company deals with its tax affairs is now a key factor in its reputation. This creates enormous corporate risks, but opportunities also.

New Government regulation requires that large business operating in the UK publish a UK Tax Strategy annually (and this needs to begin before the end of their first financial year commencing after 15th September 2016). However, an analysis of the UK’s fifty largest listed businesses by the Fair Tax Mark and the Local Authority Pension Fund Forum (LAPFF), has found that the majority of FTSE 50 companies have not followed Government and HMRC Guidance in a prompt and rigorous manner.

Only a third (34%, or 17) of FTSE 50 companies had published a Tax Strategy resembling that required by the new law online by 30th June 2017 – and the situation had improved little by end October when we reviewed the situation anew. Moreover, of those reporting, disclosure of the level of tax risk that the business is prepared to accept was frequently absent, as was clarity on tax planning motives. And nearly every business failed to comment on how they work with HMRC on interpreting the law.

Progress to date is, to put it mildly, disappointing. Most of the UK’s largest companies seem to be reluctant or unable to embrace the spirit of the tax transparency legislation and to respond quickly to the opportunity to provide much needed clarity in an area of significant concern to a variety of stakeholders.

Thankfully a small number of companies are bucking the trend and have not only robustly and promptly implemented Schedule 19 of Finance Act 2016, but have voluntarily gone further and are disclosing vital information on their approach to tax havens and the country-by-country reporting of their results. Legal & General Group Plc, Prudential Plc, SSE Plc and Vodafone Group Plc are, in our opinion, very much leading the way on tax transparency among the FTSE 50. Our new Report not only highlights these leading lights, but sets out recommendations on the characteristics of a good quality Tax Strategy disclosure, based upon HMRC guidance and Fair Tax Mark’s own principles.

The Local Authority Pension Fund Forum, a voluntary association of 72 public sector pension funds with combined assets of approximately £200 billion, were keen to support our research given ‘tax’ is an increasingly material issue for investors. Councillor Kieran Quinn, Chair of the Local Authority Pension Fund Forum (LAPFF) commented on release of the Report that: “(LAPFF) would encourage the UK’s largest listed businesses to improve their tax transparency and lead the way for others. Explaining if and why a business will conduct activity in tax havens is now a basic requirement to build trust and credibility. Likewise, a shift toward public country-by-country reporting of profits and economic activity is needed if a business is to effectively communicate how and where it creates economic value.”

Meg Hillier MP, Chair of the Public Accounts Committee, was another to urge a big improvement, and observed that: “Transparency in corporate tax is vital if the public are to have faith that the tax system is being supported by large corporations as well as ordinary working taxpayers. The corporate world needs to wake up to the fact that the public is fed up with the lack of openness over tax arrangements and endeavour to publish fully as soon as possible.”

The Fair Tax Mark certification scheme was launched in February 2014 and seeks to encourage and recognise organisations that pay the right amount of corporation tax at the right time and in the right place. Tax contributions are a key part of the wider social and economic contribution made by business, helping the communities in which they operate to deliver valuable public services and build the infrastructure that paves the way for growth. Our growing number of certified businesses include FTSE-listed plcs, co-operatives, social enterprises and large private business. The drive for greater tax transparency is not only inexorable, but good and necessary.

A lot more needs to be done by companies (including those who are yet to publish their tax strategy) to ensure that disclosures are available that are compliant, useful to the reader and meet the objectives of tax transparency. It will be the businesses that recognise this that will benefit most in the future.

Paul Monaghan is the Chief Executive of the Fair Tax Mark.