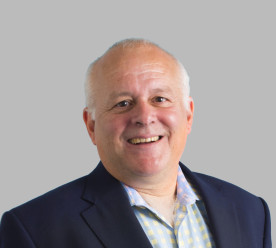 Corporations have a multi-faceted role to play in advancing the human rights agenda, but to what extent should this extend to taking a stand against authoritarian regimes? Peter Truesdale writes.

Apple is a funny name to select for an organisation. After all it was an apple that spoilt Adam and Eve’s cosy life in the Garden of Eden.  In Greek mythology the golden apple was the apple of discord.

It’s a fair bet that discord will be on display at Apple’s AGM on 13th February.

A shareholder proposal says that Apple should set up a board Human Rights Committee (Proxy Statement pages 71-72)*.  The board, however, advise shareholders to vote ‘No’.  Presumably it is an informed recommendation, as Tim Cook the CEO is on the Robert F. Kennedy Human Rights Board.

The responsibility for delivering Human Rights lies first and foremost with governments.  As the Preamble to the Universal Declaration of Human Rights (UDHR) states: “…Member States have pledged themselves to achieve, in cooperation with the United Nations, the promotion of universal respect for and observance of human rights and fundamental freedoms”.  That is not to say that governments have made a good job of it!

We should also note that right up-front it is recognised that the whole of civil society has a part to play: “…every individual and every organ of society, keeping this Declaration constantly in mind, shall strive by teaching and education to promote respect for these rights and freedoms and by progressive measures, national and international, to secure their universal and effective recognition and observance…”

The question is therefore not whether corporations have a role in delivering human rights but what that role is.

The UDHR touches on a number of issues where corporations as employers (or as purchasers of goods and services) have a clear path to contributing towards the delivery of human rights. These include no slavery (article 4), free choice of employment, equal pay for equal work, just and favourable remuneration, right to join a trade union (article 23), reasonable working hours and holidays with pay (article 24), adequate standard of living (article 25).  Child labour is not included.  The ILO Conventions on child labour post-date the UDHR.  However, they are clearly a development of the UDHR and should be included.

Around the civic rights issue, for instance Article 8: “Everyone has the right to an effective remedy by the competent national tribunals for acts violating the fundamental rights granted him by the constitution or by law”, it is harder to see what locus a corporation has.

For the older among us the example of corporations in Apartheid South Africa springs to mind.  There a number of corporations tried to take the opportunity to cross racial boundaries internally while still obeying South African law.  Law that most certainly was in contravention of UDHR Article 1: “All human beings are born free and equal in dignity and rights”.

In advising a ‘No’ vote to the shareholder resolution Apple cites its efforts to deliver human rights in its supply chain.  It does not mention the human rights of its direct employees.  Presumably it takes those as read.

However, the proposer of the resolution was primarily concerned with freedom of expression: “Everyone has the right to freedom of opinion and expression; this right includes freedom to hold opinions without interference and to seek, receive and impart information and ideas through any media and regardless of frontiers” (Article 19).  He is particularly concerned about this with regards to China.  He cites recent adverse press coverage Apple’s record in China.  He is very concerned about the new Apple data centre in China.  Its partner in this project is Guizhou-Cloud Big Data (GCBD), a company “supervised by the Board of Supervisors of Guizhou State-owned enterprises.”

The board’s response is a blunt one: “We do not have the option to ignore laws, either in China or in any other country where we provide products and services.”

You can see their point.

Operating in an authoritarian state is always going to pose dilemmas for corporations based in liberal democracies.

We will see what happens.

As so often with Apple the detail of the case is poorly presented.  Apple implies it doesn’t need a human rights committee as the Audit Committee is: “…monitoring our significant business risks, including operational and reputational exposures. Its charter gives it the power to obtain advice, reports, or opinions from expert advisors to facilitate its work at any time”.  Yet the committee charter nowhere mentions human rights.  The board’s case would have been more convincing if we were told when last it considered human rights and which human rights experts Apple has engaged with to date. My colleague outlined the importance of companies being “clear about their purpose and transparent in their behaviours” when exploring the relationship between business and civil society last year.

Apple’s board has a case but it is poorly presented.

Which way would you vote?  And why?

A human rights committee? Yes or no?

*The proposal was defeated, with 94.4 percent of shareholders voting against it, however, both Calvert Investments and CalPers voted for it. Calvert writes:

The creation of a human rights committee, as requested, should serve to further strengthen Apple’s commitment to universal human rights as well as augment its existing human rights-related oversight mechanisms; and- The establishment of a human rights-focused board committee should not be unduly burdensome and should enhance and complement the company’s capacity to manage human rights risks in the long-term, for the ultimate benefit of shareholders.

Peter Truesdale is a Director at Corporate Citizenship