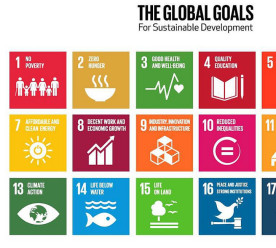 Aviva, in partnership with Index Initiative, the UN Foundation and the Business and Sustainable Development Commission, will today launch the consultation phase of the World Benchmarking Alliance (WBA), which will rank companies valued at more than $1 billion on their sustainability performance and contributions to the Sustainable Development Goals. The initiative, which has gained the financial backing of the UK, Dutch and Danish governments, will consult with global investors and companies to determine its methodology. Aviva CEO Mark Wilson said the WBA will “motivate a race to the top” by “turn[ing] the SDGs into a corporate competitive sport”. Over the next 9 months, consultative roundtables and events will be held, in addition to an online consultation open to all. Companies and other organisations are invited to become allies to the consultation and actively participate. (Institutional Investor)

WWF: 70% of brands in Malaysia and Singapore don’t disclose palm oil use

A new scorecard rating companies headquartered in Singapore and Malaysia on their palm oil sustainability commitments has found that the majority do not disclose any information on their sourcing practices. Out of the 47 household brands that the WWF Palm Oil Buyers’ Scorecard surveyed, only 16 disclosed any information, half of which admitting they were taking no action. Denis Asia Pacific and Wildlife Reserves Singapore Group emerged as regional leaders for their commitment to sourcing 100% certified sustainable palm oil by 2018 and 2022 respectively. Benjamin Loh, WWF Malaysia’s sustainable palm oil manager, said the decision to focus on Malaysia and Singapore was made as local companies have had a very low level of awareness about sustainable palm oil compared to larger international firms. (Guardian)

Some of the world’s largest consumer goods companies including Kellogg and Wal-Mart have announced they will simplify food expiration labels by using a single expiration date on perishable items in an effort to tackle food waste. Under the new plan, only two labels – “Best if used by” for non-perishable items and “Use by” for perishable ones – will be used by Consumer Goods Forum (CGF) members by 2020, including Tesco, Campbell Soup, Nestle and Unilever. A report last year by ReFED, a non-profit that works with companies to cut food waste, said standardised labelling was one of the most cost-effective ways to address the issue. Ignacio Gavilan, a CGF spokesman, explained that consumers have tended to throw away food if they get confused between different expiry dates. (Eco-Business)

As part of a $20 million learning investment, technology company HP has announced the new HP School Cloud, in partnership with the open education resource partner OpenStax, which will provide access to educational materials and apps to students, teachers and adult learners in rural and poor communities around the world. HP School Cloud will leverage a range of free, open-source educational materials such as e-textbooks and lessons on a range of subjects for schools without Internet access. The technology will also allow teachers to safely monitor students’ individual progress and all resources will be aligned with international curricular and instructional standards from UNESCO and OECD, among others. (Sustainable Brands)

Advertisers on Facebook no longer can use offensive search terms such as “Jew hater” to target specific audiences, the company has announced following revelations that advertisers could reach thousands of Facebook users by entering hateful search terms. Facebook Chief Operating Officer Sheryl Sandberg said such search options were “totally inappropriate and a fail on [Facebook’s] part”. She added that the company has been strengthening enforcement that prohibits advertisers from using terms that attacks users based, for example, on their ethnicity, religion or sexual orientation. Facebook is doing this by adding more human oversight to a process that was largely algorithmic and is working to create a system for users to report any abuses to the ad platform. (LA Times)