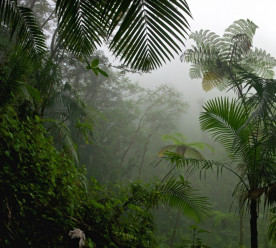 A newly published ranking of the 100 Best Corporate Citizens highlights the top US firms achieving responsible operations by being transparent, responsible and accountable. Compiled by Corporate Responsibility Magazine (CR), which has released such a study annually for the past 18 years, the report rates the largest U.S. firms in a handful of categories of corporate citizenship. Sitting at the very top of CR Magazine’s 100 Best Corporate Citizens list is toy maker Hasbro. Among the categories of action that CR scores, the company ranked first in climate change, third in philanthropy, fourth in human rights, fifth in environment and eighth in employee relations. Microsoft, also active in various elements of corporate responsibility, came in third place, just after Intel Corp. in second position. All of the data used to study and rank each of the organizations on the list of 100 – which began with every firm on the Russell 1,000 Index of the largest companies in the U.S. – is available to the public. (Forbes)

‘We are still in’: US business backs alliance to pursue Paris goals

Some of the world’s largest companies have joined forces with American politicians at state, city and local level across the US to issue a joint statement to the UN declaring their ongoing support for the Paris climate accord. The open letter, organised by former New York Mayor and climate advocate Michael Bloomberg, was sent to UN Secretary-General Antonio Guterres yesterday outlining the group’s intention to cut US carbon emissions under a ‘Societal Nationally Determined Contribution’. Signatories to the statement include nine US states and over 900 major businesses and investors, including Intel, Twitter, Nike, Google and Amazon.  Together the signatories represent $6.2 trillion of the US economy. The statement issued yesterday declares that “in the absence of leadership from Washington states, cities, colleges and universities, businesses and investors, representing a sizeable percentage of the US economy will pursue ambitious climate goals”. Bloomberg said specific commitments will be released in the coming months, although many experts believe it unlikely the US will be able to fully deliver the 26-28 per cent cut in emissions without federal support. (Business Green)

Rainforest Alliance and UTZ to ‘redefine sustainability standards’ with merger

Businesses look set to benefit from a streamlined certification process within agriculture supply chains, after the Rainforest Alliance announced a merger with fellow sustainability certifiers UTZ. The merger will bring the two companies together under the Rainforest Alliance brand. For businesses, the merger will avoid a double administrative load by combining the Rainforest Alliance’s history of tackling deforestation with UTZ’s work with agricultural farmers. Han de Groot, UTZ’s executive director who will act as the new chief executive of Rainforest Alliance said, “Many farms at the moment are either double certified or even triple certified to other standards, and this doesn’t do a good service to them or bring many additional benefits.” Currently, 182,000 cocoa, coffee and tea farmers are certified under both standards. The introduction of a single standard will simplify the certification process for farmers and businesses, helping them meet growing demands for more sustainably-sourced products. (Edie*)

ITC ruling is a clear and present threat to US renewables

In the past fortnight, there have been two announcements from the US government that threatened to harm the country’s solar industry. One came in a blaze of publicity: President Donald Trump’s decision to withdraw the US from the Paris agreement on climate change. The other, made quietly without a press release, was the US International Trade Commission’s decision to investigate imports of solar panels for possible harm done to domestic manufacturers. Of the two, it is the ITC investigation, the FT declares, that is the much more serious threat. Solar power has boomed in the US in part because of a steep decline in costs, helped by imports of cheap panels. The inquiry is likely to create an opportunity for the Trump administration to interfere with that success, if it chooses. Should no settlement be forthcoming, however, then the ITC’s timetable means it must make recommendations to the president by late October. If it finds that imports have caused serious injury to solar manufacturing in the US, then Mr Trump can choose how he wants to respond. (Financial Times*)

Moxie Future, a newly-launched site that pitches itself as the world’s first responsible investment platform for women was launched this week. With research increasingly showing that women are more likely to invest their money for the greater social good than men, Moxie aims to offer information, support and channels so women can make smart and sustainable investments. The site is the brainchild of Hong Kong-based investment expert Jessica Robinson, who is a special advisor to the United Nations-supported Principles for Responsible Investment, a network of international investors that work to incorporate environmental, social and governance (ESG) factors into investment decisions. Robinson started Moxie to “fill in the gap in the market” for information and support that will allow women to make responsible investments. A survey by the Morgan Stanley Institute for Sustainable Investing in 2015 found that 40 per cent of women would consider the impacts of their investments in addition to their rate of return, compared to 23 per cent of men (Eco-Business)