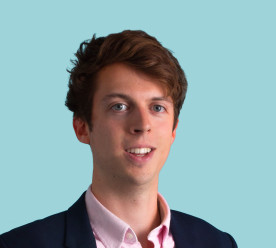 Posted in: Environment, Speaking Out

Stick with the program – corporate climate activism in the US

The leadership vacuum left by the US administration on climate issues means that the need for business responsibility takes on a heightened importance, writes George Blacksell.

Will they or won’t they?

A question mark continues to hang over whether the Trump administration will pull the US out of the landmark Paris Climate deal. Given that the foundation of the deal is based on reciprocity of emissions reduction commitments and trust between nations, the removal of the world’s second largest emitter could seriously undermine global efforts to decarbonize. But a recent trend of corporate climate activism has shown that, beyond the moral and diplomatic implications of withdrawal, there is a compelling business case for staying in the agreement. It may yet prove to be a voice that the administration can’t afford to ignore.

Ever since the prospect of a US departure from the Paris Agreement an impressive array of companies has mobilized into action. There have been open letters, coordinated by the likes of WWF and Ceres, expressing strong support for the Agreement and the accompanying commitment of the White House to implement low-carbon policies. The cosigned of these letters range in their thousands but (briefly) include: Coca-Cola, The Dow Chemical Company, General Electric, Johnson & Johnson, Morgan Stanley, and Unilever. And it’s not just the usual suspects either, a number of oil majors have also come out in favour of America staying in the agreement including ExxonMobil, previously led by Secretary of State Rex Tillerson, Shell and BP.

The reasons given in these letters and endorsements on company websites are grounded in bottom-line business principles and in the interests of the wider US economy. An open letter coordinated by the Center for Climate and Energy Solutions neatly sums-up the benefits of staying in the Paris Agreement as: strengthening competitiveness, creating jobs/markets/growth and reducing business risks. Interestingly, the letter only makes a brief mention of well-being of communities. As Levi Strauss & Co states on its website “We only have one planet Earth. And it is up to all of us to do our part to keep it alive and well, including companies like ours. We also recognize that it is just best for business”.

The message is clear, big business sees that removing the US from the Paris Agreement risks putting American industry at a serious disadvantage on the global stage. The 30th President of the United States, Calvin Coolidge, once said that the “chief business of the American people is business”. By breaking faith with a significant sector of the business community, the Trump administration would be going against the grain of a long history of a confluence of shared interests between business, the state and US citizens.

It’s not just economic interests that the administration appears unreceptive to when it casts doubt over participation in the Paris Agreement, but also voters. According to a recent Gallup poll record percentages of Americans are concerned about global warming, consider it a serious threat and say it is caused by human activity. Another study found that 71% of Americans support the Paris deal – including 57% of Republicans. Climate change has been overtly politicized by the Trump administration when it should be a bi-partisan issue.

Instead of a prevailing climate of inertia, however, companies are increasingly leading by example as they commit to effect change, tackling emissions within their own value chains and beyond. In addition to the letters pressuring the White House, the past two years have seen the emergence of coalitions for corporates committing to climate action themselves.  The Renewable Energy 100, Science Based Targets and We Mean Business initiatives are signals from the private sector that companies are willing to commit and be held accountable to stretching climate goals, whether these are: committing to sourcing 100% renewable power, setting GHG reduction targets in-line with climate science or setting an internal price on carbon.

Big audacious goals have also come in the form of Walmart’s Project Gigaton, working with its suppliers to remove a billion metric tons of GHG emissions from its supply chain by 2030, Apple’s pledge to work towards a closed loop supply chain (i.e. end mining in its supply chain and rely solely on recycled materials) and Interface’s commitment to lead an industrial re-revolution as part of its Climate Take Back sustainable business model.

The increased number and visibility of corporate interventions into issues of climate change provide hope that these collective actions can be mutually reinforcing. Companies often do not want to exclude themselves from the efficiency savings and increased resilience that their peers are benefitting from.

Ultimately, US businesses are increasingly wise to the risks and opportunities posed by climate change. They have warned that a US departure from the Paris Agreement puts at risk jobs, future investment and, crucially, innovation, all of which are essential elements of an internationally competitive economy. In the absence of an administration that’s willing to take action, corporate climate leadership is needed now more than ever to lead and provide vocal dissent on policy backsliding.

George Blacksell is a Senior Researcher at Corporate Citizenship