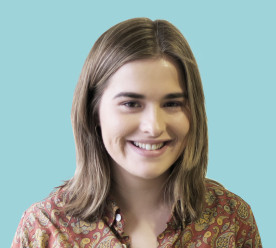 Shipping companies facing new environmental regulations – how to tackle them

The shipping industry needs to catch up quickly with the latest environmental demands at a time in which it is still struggling from the economic crisis. Iraide San José investigates how the ships of today can be in line with the climate regulations of tomorrow.

One of the less visible side effects of globalisation is a significant increase in shipping on the high seas. There are currently changes under way in the industry that has implications for companies that rely on ships to support their international supply chains.

When the economic crisis unfolded in 2007, the shipping sector was one of the main casualties. It led to tumbling freight rates and squeezed the profit margins of shipping companies. Added to the economic consequences of the recession, the industry has faced growing environmental concerns. Shipping-related carbon emissions currently represent around 3% of the world’s carbon emissions, however recent forecasts show that within the next 35 years, shipping emissions may increase by up to 250%. It is likely that by 2050 they will then represent over 14% of global carbon emissions.

With pressure on profits and environmental performance, a solution was required to ensure the survival of companies in the industry.  This initial solution was simple –  reduce the speed of vessels. By doing this, companies could lower fuel costs and ensure profitability.

By reducing speed (known as ‘slow steaming’) it is possible to lower carbon emissions by 1,000 tons and lower fuel consumption by up to 54%. An example of how decreasing speed can lead to a lower carbon footprint and lower fuel costs has been demonstrated by Maersk, the world’s largest container shipping company. The Danish shipping giant halved its top cruising speed and managed to cut fuel consumption and greenhouse gas emissions by 30%. This allowed Maersk to offer lower prices and an ‘environmentally friendly’ alternative to companies not requiring immediate delivery.

But is this a solution for the long term? Is it really possible to keep the ships of today in line with the climate regulations of tomorrow simply by slowing down?

One such environmental regulation that will change the way shipping companies have to operate is the global sulphur reduction cap. From 2020 The International Maritime Organisation (IMO) will introduce a global limit for sulphur in fuel oil used on board ships of 0.50% m/m. A change from the previous limit of 3.5% m/m, it will require huge investment and will mean ships have to use fuel that is likely to be 3 times more expensive.

To fight against this increase of fuel price, cutting-edge innovations are being developed. Groups such as Maersk have eyed several ideas to cut marine fuel use over the years, from solar-powered sails to kites that tow a vessel.

A solution that many shipping companies are looking at as an instant fix to reducing sulphur levels are ‘scrubbers’. These devices remove particulates and gases from exhaust streams. This technology can reduce sulphur emissions by at least 95% and particulate matter by at least 80%. However, whilst pay-off (as opposed to changing fuel type) is quick, some owners could struggle to find the initial financing for scrubbers.

Another more innovative retrofit solution is Rotor Sails. Introduced by Finnish company Norsepower, they harness the wind to propel the vessels through the water. In principle, these are thought to pose a good alternative to combat the high fuel costs the sulphur cap will bring. It will allow as much saving as slow steaming, without the need to reduce the speed of the vessel. However, it is still an immature idea, with the first vessel not to be fitted and tested until 2018 and 2019 respectively. What’s more, according to the IMO, factors such as the wind speed, the technology of the vessel and direction of travel are strong determinants in the ultimate fuel saving potential.

One of the most radical solutions being floated is that of unmanned vessels. With the introduction of slow steaming to reduce emissions, this often means increased costs for the charter and the crew, which will have to remain at sea for longer periods of time. An unmanned vessel would remove the concern of crew costs and so makes slow steaming a more attractive option. However, there is a huge regulatory hurdle to overcome before this could become a reality, as unmanned vessels are currently considered illegal by international seafaring conventions.

The introduction of the sulphur cap in 2020, along with other increasing environmental and cost pressures, have created a need for charterers and ship owners to develop a long-term strategy. However this is not an easy task at a time in which ship owners are earning 70% less than before the recession.

Tens of billions of dollars are needed to pay for upgrades to meet the new rules and even though the fuel price has decreased again, ship owners and charterers are often unwilling to make the investment. A key reason for this is because ship owners never see the returns and charterers’ contracts are not long enough to make it worthwhile to invest in these upgrades. On average, retrofits have a payback time of three years, whereas 80% of ship charters are for two years or less.

In response to this there has been a number of collaborative initiatives launched and increased interest in green-lending structures. Examples of these include:

With shipping experiencing increasing pressures on both profitability and environmental performance, a consistent and achievable strategy will have to be adopted across the sector. It seems that retrofitting is the best approach to meet these demands. However, there will need to be support and investment from many different parties to see these innovations come to fruition. The industry needs to incentivise innovation, look for different ways to work together and take on the challenge of driving the changes needed to keep up with increasingly challenging regulations.

Iraide San José  is an intern at Corporate Citizenship