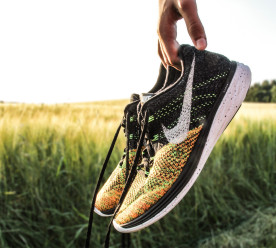 Tesco Plc agreed to pay 214 million pounds ($269 million) to avoid prosecution for overstating its profits in 2014 Tesco announced it had overstated profits by 263 million pounds, a figure that was later increased to 326 million pounds following an independent audit. However, The Financial Conduct Authority said it is not suggesting that the Tesco board knew, or could reasonably be expected to have known, that the information contained in that trading statement was false or misleading. The agreements come as Tesco faces growing pressure from its shareholders Schroders Plc and Artisan Partners Asset Management Inc., which together own 9 percent of Tesco, said this week that they want the grocer to focus on its recovery from the accounting scandal rather than striking out in a new direction. Tesco and the SFO will seek final court approval for the regulatory deals on April 10. (Bloomberg)

Three French Mercedes car owners filed legal complaints against the carmaker’s parent Daimler (DAIGn.DE) on Friday, alleging consumer fraud in relation to diesel engine emissions, following the opening of a formal investigation by prosecutors in Germany. A spokesman for Daimler said the company had no immediate comment. Mercedes cars were among 24 brands tested by the French authorities following Volkswagen’s admission in 2015 that it used illegal software to cheat on U.S. diesel emissions tests. Paris prosecutors have since opened full investigations into VW, Renault (RENA.PA) and Fiat Chrysler (FCHA.MI) and are considering action against PSA Group (PEUP.PA), based on dossiers filed by France’s DGCCRF consumer protection agency. The anti-fraud watchdog has closed its own preliminary inquiry into General Motors’ (GM.N) European Opel division with no further action, while maintaining that referral to prosecutors remains a possibility for other carmakers involved, including Daimler. (Thomson Reuters)

Schroders has become the first FTSE 100 company to publish details of its gender pay gap as pressure mounts on the financial services industry to stamp out imbalances in how much men and women earn. Schroders found that fixed pay for its female staff was 33 per cent less on average when compared to salaries for male employees at Europe’s second largest listed asset manager. It also found that bonuses for female staff were 66 per cent less on average than bonuses for male staff. But the company said these figures “may be misleading” as men account for 71 per cent of its senior staff, so male employees are more likely to have higher salaries and bonuses. The London-headquartered fund company disclosed the figures voluntarily in its latest annual report ahead of the introduction of new UK rules in April that will force businesses with more than 250 employees to disclose these statistics. (Financial Times)*

Greenko Energy Holdings raised $155 million (Rs 1,010 crore) from existing investors Singapore’s sovereign wealth fund GIC and Abu Dhabi Investment Authority (ADIA) in one of the largest fund-raising exercises in the renewable energy sector. Now, Hyderabad-based Greenko said it has signed a definitive agreement that will see GIC invest $123.9 million and an ADIA subsidiary invest $31.1million in a release on Monday. The funds will be deployed to help Greenko expand its clean energy portfolio to 3 GWfrom 2GW. The company has created a sustainable platform to take advantage of evolving energy market dynamics and strong sector fundamentals backed by new government initiatives, it said. For this aim, Greenko will use the money to develop new renewable energy projects, including recently acquired solar projects and low-risk expansions of existing wind farms. (Times of India)

Nike has developed new sustainable packaging for its shoes, working in collaboration with Arthur Huang, the CEO and founder of Taiwanese firm Miniwiz, which recycles consumer and industrial waste into new products. The lightweight packaging is made entirely of post-consumer materials such as milk and orange juice containers, and morning coffee lids. The box is produced from a single process Polypropylene with no added chemicals. The package can also be used as a backpack and is recyclable. Nike began using the shoe box for its NikeLab Air Max 1 Royal in China this month and will launch the product and its sustainable packaging globally next month. In January Procter & Gamble, in partnership with recycling and environmental management companies TerraCycle and Suez, developed the world’s first recyclable shampoo bottle made from up to 25 percent recycled beach plastic. Late last month Dell developed the technology industry’s first packaging trays made with 25 percent recycled ocean plastic content. (EnvironmentalLeader)

Image source: Nike at Pexels. CC0 License. Free for personal and commercial use. No attribution required.